The life of a premature baby born during the winter storm in Texas was saved thanks to a team of medical professionals, including a doctor and two nurses who traveled from east Austin to Marble Falls in an effort to save a newborn baby's life. 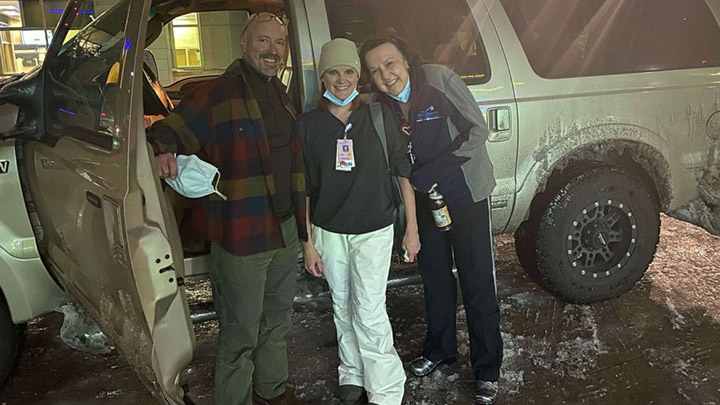 At about 2:30 a.m. Feb. 17, Kimberly Arias began experiencing painful cramps. At 24 weeks pregnant, Arias thought she couldn't be in labor. When the cramps didn't subside, she and her parents headed to the closest hospital, Baylor Scott & White.

Arias gave birth to her daughter, Zaylynn, who weighed just over one pound and was in need of advanced neonatal intensive care.

However, Baylor Scott & White is a Level 1 hospital that does not offer the specialized neonatal care premature babies require. In normal circumstances, the expectant mom would be transferred to a larger facility ahead of delivery, or in the case of an emergency birth like Zaylynn's, the infant would be transferred immediately after birth.

"We had five or six people out at the nurses' station calling hospital networks all over the state of Texas," said Meredith Schubert, the labor and delivery nurse on duty when Arias arrived. "Nobody could answer our cry for help." 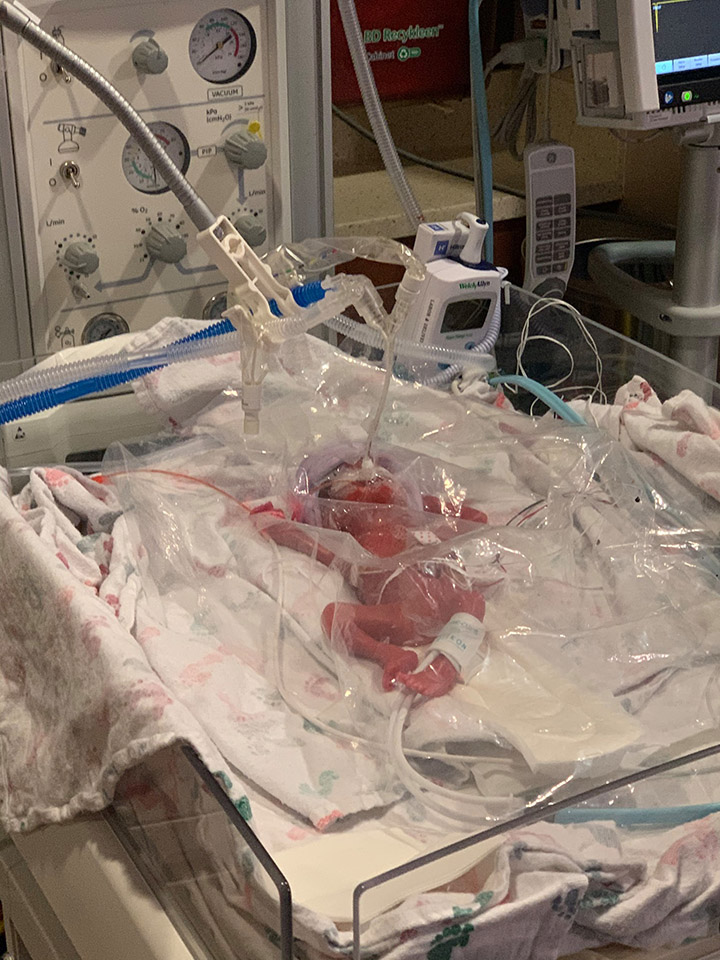 "Having a sturdy, 7,500-pound, four-wheel drive [SUV] I just felt like I could get there and I wasn't okay with the notion of doing nothing," Loyd told GMA.

Around 5 p.m. on Feb. 17, after already having worked a full shift, Loyd packed his SUV with equipment, turning it into a makeshift NICU, and he and two NICU nurses from Dell Children's set out for Marble Falls, about 55 miles away.

The drive took Loyd and the nurses about two hours as they drove in the night through ice and snow. 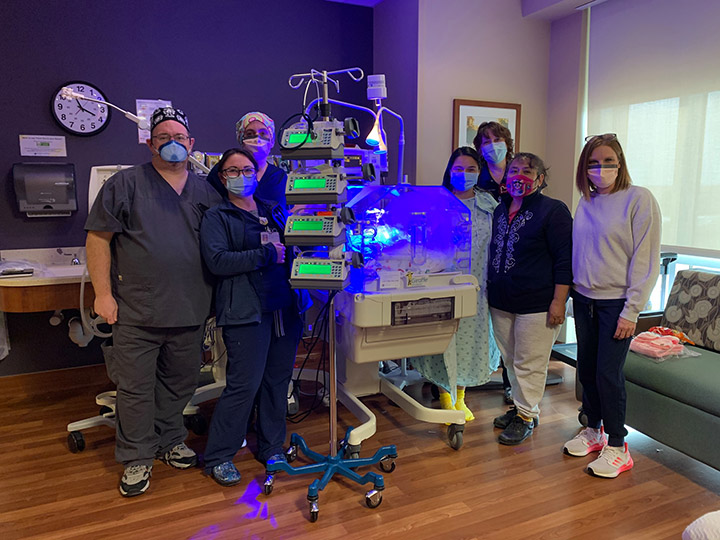 Once the weather cleared enough to allow for a helicopter to safely land, Zaylynn was transferred to Dell Children's, where there is a Level IV neonatal intensive care unit.

"It was incredible when the helicopter lifted off. There were tears from all of us," said Schubert. "It was a huge relief and sense of accomplishment and joy, that she was doing so well and getting to the place that she needed to be."

Arias was discharged the following day and reunited with her daughter at Dell Children's.

She told KVUE that she is grateful for the doctors and nurses who worked together to save her daughter.

"I appreciate how the doctor and nurses risked their safety to travel to help us," Arias said.