'If I Can Do It, Anyone Can': Man Who Spent Half His Life In Prison Graduates College With Honors

A man who spent half of his adult life in prison has graduated from Cal State Long Beach.

Now he's trying to inspire others to never give up. 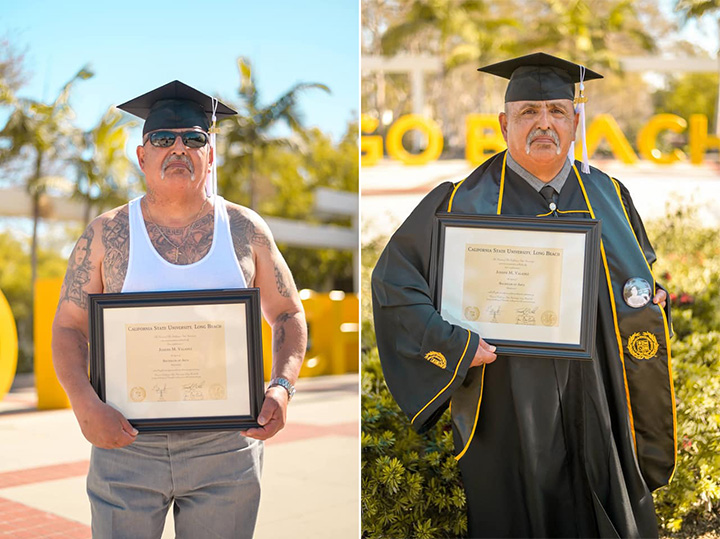 Joseph Valadez only wishes his mother could have seen him graduate college at age 62.

For years, she watched him spiral into drug addiction, gang violence, prison and homelessness. Yet, despite all that, his mom always tried to inspire him.

"My mother's been gone for 14 years. And she never gave up hope on me," Valadez said while fighting back tears.

"She always told me that I could be somebody." 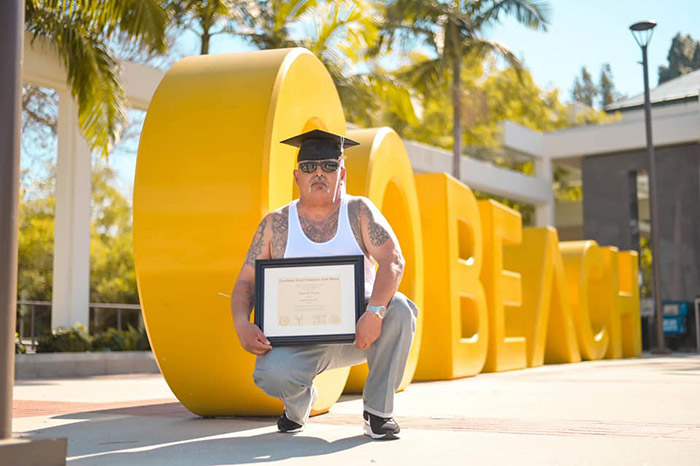 In a social media post, Valadez said he finished his last two semesters on the "President's Honor List" for getting straight A's.

"Not bad for someone who spent half his adult life in prison," he said. "There's a misconception about guys like me that I want to break. If I can do it, anyone can."

Valadez says his drug addiction began at age 11. He spent more than 30 years of his life behind bars.

On the brink of death in his 50s, he had an awakening. He decided to get clean.

He enrolled in college, struggling through six years of grueling coursework to finally earn his degree.

He's currently awaiting acceptance to the master's program in social work at the university.

"They say that 'a picture is worth a thousand words' I'm here to debunk that stigma," he said.