Farmer Turned Astronaut Teaches Kids Not To Give Up

Jose Hernandez made his dream of becoming an astronaut a reality and he did so against incredible odds. 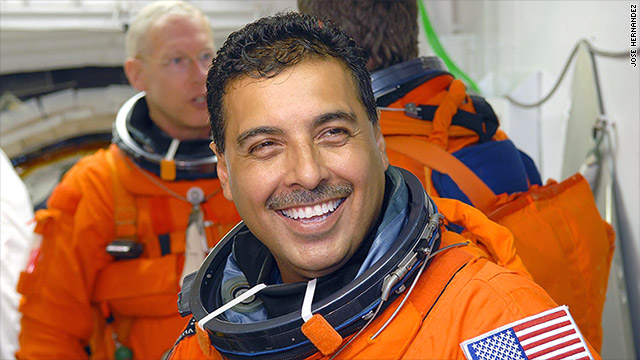 Former NASA astronaut Jose Hernandez spent most of his youth working the fields. As a young boy, Hernandez picked fruits and vegetables alongside his family.

When he was ten, Hernandez told his dad he wanted to be an astronaut. He didn't become fluent in English until he was 12.

Through perseverance, Hernandez managed to earn a Master's degree in electrical and computer engineering from the University of California, Santa Barbara.

He was rejected by NASA many times.

"NASA rejected me not once, not twice, not three times but 11 times. It wasn't until the 12th time that I got selected," he said.

Hernandez blasted off with the crew of the Space Shuttle Discovery in 2009. He worked on the International Space Station during the 14-day trip.

He now runs his own foundation, Reaching for the Stars. Through the foundation, he hopes to teach kids how to realize their own dreams.

"Hard work and perseverance and not being afraid to dream big," he said.

Next year Netflix will begin production on a film about Jose Hernandez's life and journey into space.