'One Of The Best Things That's Happened To Me': Woman Battling Cancer Receives Letter From Stranger

An act of kindness from a stranger has given a woman battling cancer hope after being told she may only have a year to live. 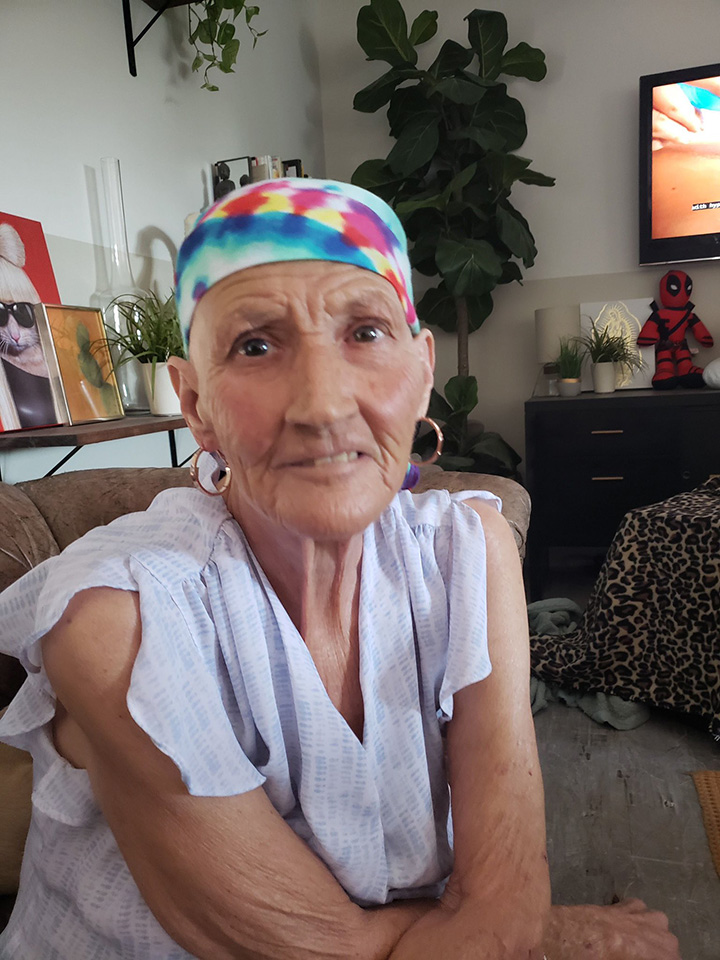 Kim Whipple was diagnosed with stage four pancreatic cancer in July 2019. Last week, she was sitting on a front porch in Queens Creek, Arizona, when a stranger walked up to her and handed her a letter. 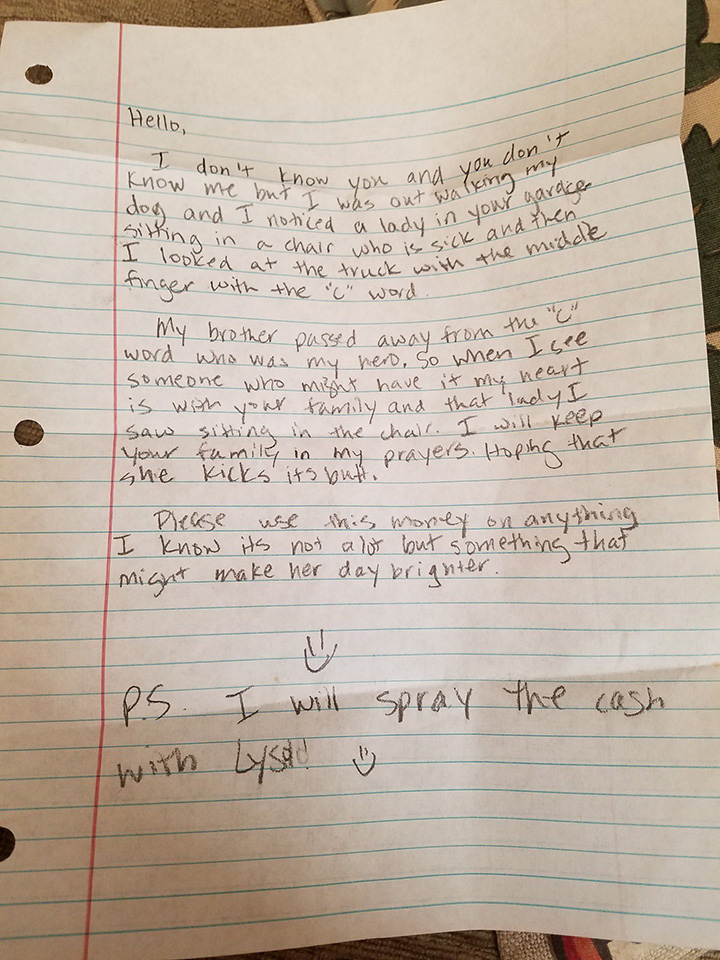 "I don't know you and you don't know me but when I was out walking my dog I noticed a lady in your garage sitting in a chair who is sick and I then I looked at the truck with the middle finger with the 'c' word.

My brother passed away from the 'c' word who was my hero. So when I see someone who might have it my heart is with your family and that lady I saw sitting in the chair. I will keep your family in my prayers. Hoping that she kicks its butt.

Please use this money on anything. I know it's not a lot but something that might make her day brighter."

Whipple, who told FOX10 she was only given a year to live when she went to a doctor in July 2019, said that now doctors are hoping she may end up in remission.

She said the simple act of kindness by a stranger gave her yet another positive boost.

"One of the best thing that's happened to me in a long time," she told the news outlet.