The viral "ice bucket challenge" is being credited for funding a promising new treatment for ALS. 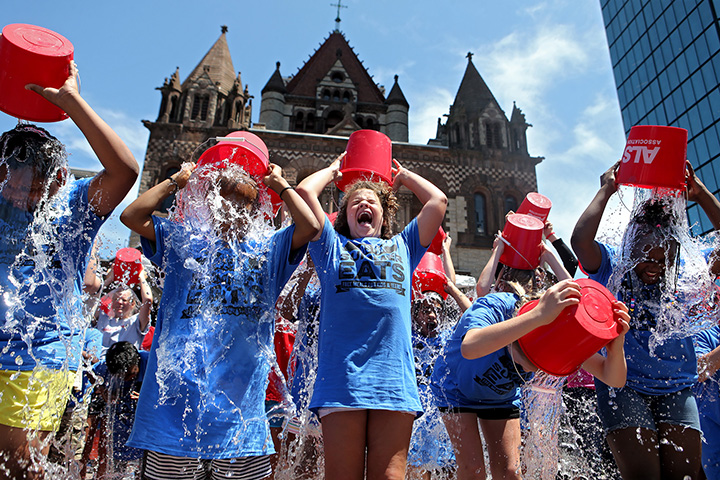 The research was reportedly supported in part by donations from the Ice Bucket Challenge, the social media sensation that raised more than $200 million.

The drug is not a cure, but it may help slow the disability caused by ALS, a nervous system disease that weakens muscles and impacts physical function.

"Patients keep telling me their number one goal is to be able to retain physical function for as long as possible," said the study's lead author, Dr. Sabrina Paganoni. "They want to be able to continue to walk and to use their hands."

The study recruited 137 ALS patients who had seen symptoms only within the past 18 months. Approximately two-thirds (89 volunteers) received the new drug, while the rest were administered a placebo.

During the six-month study, considered a "Phase 2" trial (out of three) by the FDA, researchers found that patients who received the tested medication lost 2.32 points less on average than those on the placebo. This suggests a 25% improved outcome for those on the new drug.

"A 2- to 3-point change can mean the difference between being able to do an activity independently or with an assistance device," said Paganoni.

"The Ice Bucket Challenge was an important turning point in the fight against ALS," Paganoni added. "It put ALS on the map and raised awareness of the disease and attracted more investigators and investment to the research."

With the good news from the trial, the ALS Association hopes to persuade the FDA to allow other patients to have access to the drug, even before phase 3 trial results are available.

"It's very unusual for an ALS clinical trial to hit its primary endpoint, so we're very excited about it," said Neil Thakur, chief mission officer for the ALS Association. "It's the difference between being able to feed oneself versus being fed or needing versus not needing a wheelchair."