A Facebook post about a police officer who helped a man in distress is getting a lot of positive feedback from the public. 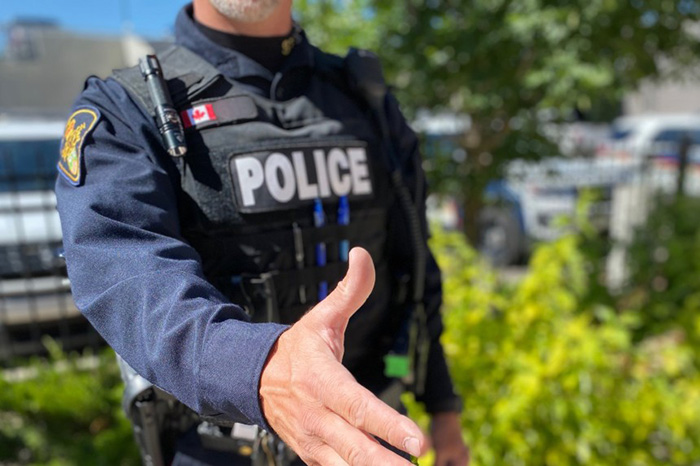 "We wanted to share a heartwarming story about the actions of one of our members in response to mental health call from a few weeks ago," the Saskatoon Police service wrote. "The following is in the words of a senior officer who witnessed the interaction while driving home that day:

As I approached, I could see the male running west through parking lots, with a social worker following, who looked exhausted and quite shaken. The subject male ran into rush hour traffic on Attridge Drive and I could see that he was obviously confused and in a very dangerous situation. I blocked eastbound traffic, just as a marked police car arrived behind me. What happened next will have left a lasting positive impression on the man, his care provider and has certainly impacted me:

The SPS Constable stepped out of the car and simply extended his hand. The man, who was tiring, ran straight to the Constable and took his hand. The Constable then wrapped his arm around this male and began speaking quietly to him. It was clear this brought an immediate sense of calm to the situation. Together, they sat down on the grass with the Constable still holding him close. When the care provider arrived, the sense of relief was obvious.

This case is a clear display of how every situation dictates our response. The Constable started the interaction with a genuine care and concern for this individual, and that was all that was needed. This story, and countless others like it, are what make me proud to be a member of the Saskatoon Police Service."