One man is looking to squash tensions at protests with a llama. 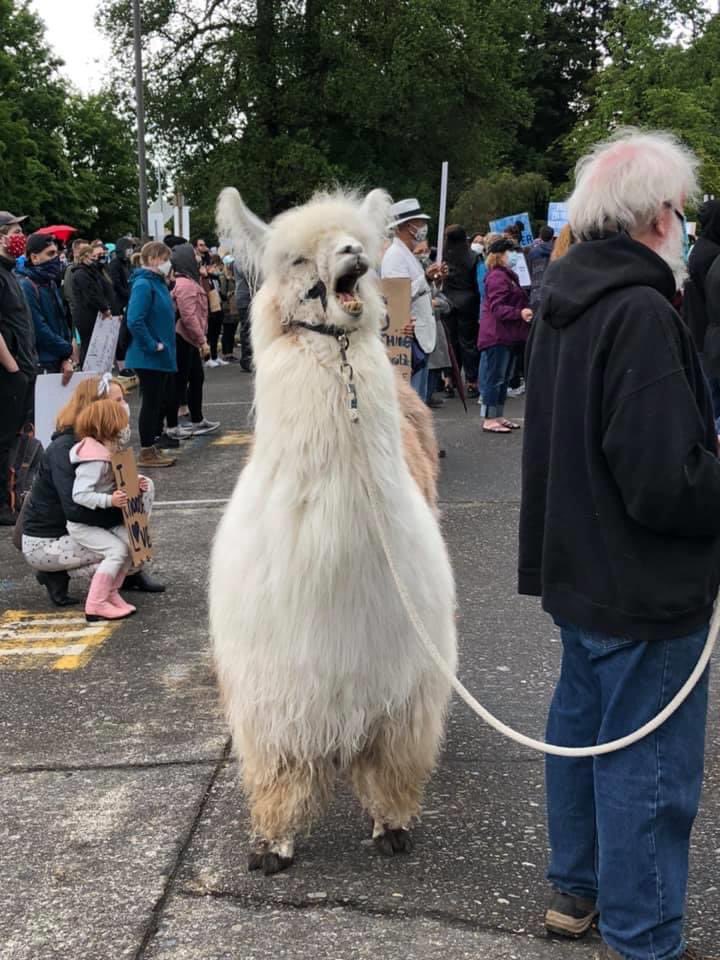 Ceasar the llama in Portland

Caesar the "no drama llama" and his caretaker Larry McCool have been attending the protests in Portland to calm and assist both protesters and police.

Caesar is a therapy llama who comes from the Mystic Llama Farm in Jefferson, Oregon where he regularly visits the elderly, schools and hospitals.

McCool decided Portland would be a great place for Caesar to work his magic.

"They'll be clapping, chanting, stomping, and all of a sudden I'll get up with Caesar and the next thing I know, everyone will just band around Caesar," McCool told The Washington Post.

"Everyone was immediately all smiles as soon as they saw him galloping past. Everyone was shocked there was a llama, but you could definitely feel the positive vibe he brought to the crowd," Nakaycha Dent said.

Caesar and McCool have attended 10 protests in Portland, and dozens of others over the years.

"He's a magical creature," McCool said. "I wish I could take some credit for him, but he's developed all on his own. I've been his tutor and his guide, but sometimes I'm the one following him."