A woman in Vancouver has been reunited with a stolen teddy bear that contained a sentimental voice message from her late mother.

Mara Soriano was moving to Vancouver when a bag full of personal items was stolen outside of the moving truck.

But the bear, which was irreplaceable to Soriano, was the one thing she wanted back as it contained a recording of her mother's voice. Her mother died of cancer last year.

"At hospice her voice was different. Much softer. Not the mom I grew up with. That bear is the last memory I have of her speaking in her normal voice," Soriano told CBC.

News of the stolen bear went viral, even getting the attention of Ryan Reynolds who offered a $5,000 reward for the bear's return.

Vancouver: $5,000 to anyone who returns this bear to Mara. Zero questions asked. I think we all need this bear to come home. https://t.co/L4teoxoY50

This week, two men found the bear and returned it to Soriano.

They said they took the stuffed animal from the man who stole the bag.

Soriano described the bear as being in perfect condition and smelling and feeling great. 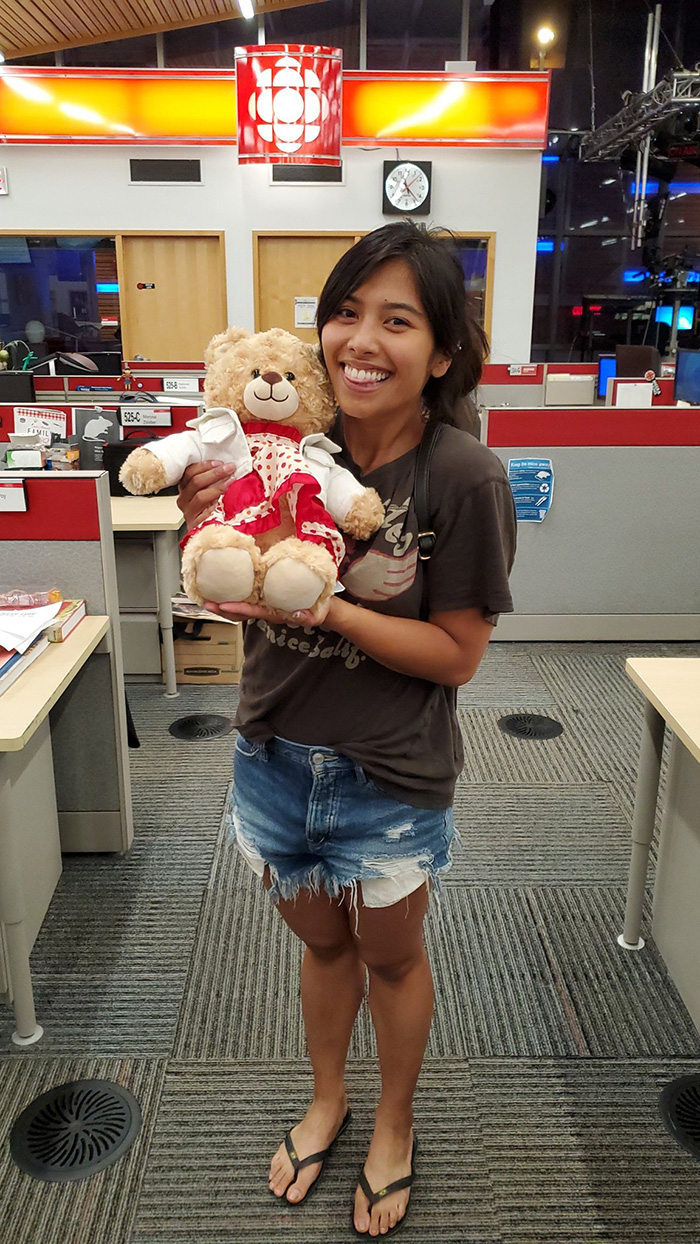 The Good Samaritans told Soriano they saw security footage she had posted online, recognized the person seen taking the backpack containing the bear and got it back from him, she said.

When she gets married next summer, Soriano said the bear will have a special seat where her mom would have been.