Gorilla At New Orleans Zoo Is Expecting Her First Baby

The New Orleans Zoo is celebrating the good news that one of their "critically endangered" gorillas is expecting her first baby. 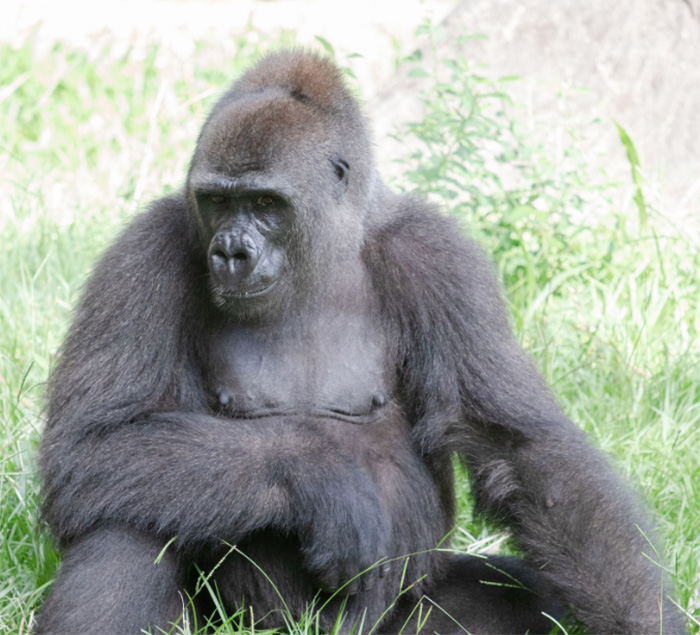 13-year-old Tumani, who came to Audubon Zoo from Cheyenne Mountain Zoo in 2017, is a critically endangered western lowland gorilla.

The pregnancy is the result of successful breeding between Tumani and Okpara, a 26-year-old silverback gorilla, who came to Audubon from Franklin Park Zoo in 2017.

"Tumani's pregnancy is a huge deal and we want to share that news with the public. It seems to be going well," said Dr. Robert McLean, Audubon Zoo's chief veterinarian.

One of Audubon Zoo’s critically endangered western lowland gorillas is expecting. This will be the first gorilla birth at the Zoo in 24 years and the first offspring for 13-year-old Tumani, who came to Audubon from Cheyenne Mountain Zoo in 2017. This pregnancy is the result of successful breeding between Tumani and Okpara, a 26-year-old silverback gorilla, who came to Audubon from Franklin Park Zoo in 2017. The offspring, due in late summer, will be Tumani and Okpara’s first. Audubon Zoo’s gorillas are part of the @zoos_aquariums Species Survival Plan. The Gorilla Species Survival Plan manages 354 gorillas in 48 North American zoos to ensure a genetically diverse population and the long-term sustainability of the species. Many gorilla populations have declined or disappeared over the past few decades. Western lowland gorillas have been assessed by the International Union for Conservation of Nature as critically endangered, with a population decline of more than 80%, mainly due to illegal hunting, disease, habitat loss, and an increase in poaching. See link in bio for more information. #SavingSpecies

A post shared by Audubon Nature Institute (@auduboninstitute) on Jul 6, 2020 at 8:57am PDT

The zoo wants the process to be as natural as possible with the mother caring for the baby full time and minimal human intervention.

"We don't want the baby by itself. We want it with the mother at all times," McLean explained. "If the baby's on the ground, we want to be able to say, 'Hey, pick it up'."

The due date is anywhere between mid-July and Aug. 20.

Because of poaching and disease, the western lowland gorilla's numbers have declined by more than 60% over the last 20 to 25 years. The species is considered to be critically endangered by the IUCN.