A clothing store owner in Chicago who lost $350,000 from looting is on his way to getting it all back thanks to the kindness of strangers. 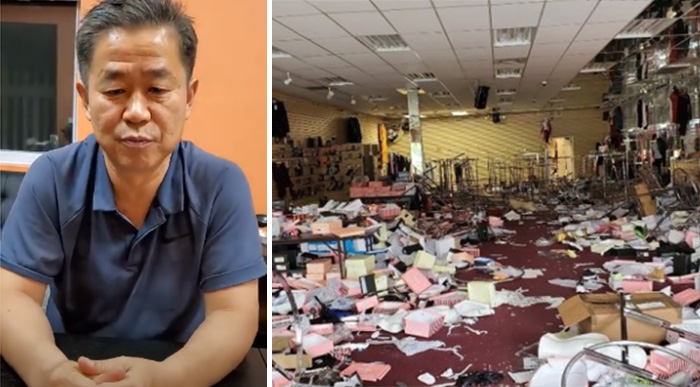 Hak Tong Kim, the small business owner of 'City Fashions' said he lost everything after looters tore through and stole everything. He was absolutely devastated and had no plans to reopen.

Seeing his despair, his daughter Hannah posted on Facebook.

"I am gravely upset. My parents' store (City Fashions) was completely looted during the riots this weekend in Bronzeville, Chicago. They took everything. These stores that my parents have worked for decades to build were ransacked in a mere instant. My dad helplessly watched City Fashions being overrun and looted, and my uncle was assaulted by a huge crowd ransacking the store. Although they were able to arrive home safely, they are completely devastated.

My first generation Korean parents worked blood, sweat and tears to establish a proud business of their own. They’ve never closed during the holidays and always believed that business would prosper, even through many trying times. My dad, who’s always been an optimist, told me today that he gives up. Seeing my parents defeated and in despair breaks my heart. While I truly empathize with people’s outrage in the unjust treatment of African Americans, how can these protests justify destruction of innocent people’s livelihood? My parents did not deserve this at all..

Unlike chained businesses, our small business insurance does not cover stolen goods and damages caused by rioters/looters. These stolen goods are worth about 350K+ dollars of merchandise. As such, my parents essentially lost their business in its entirety."

In less than two weeks, more than $200,000 has been raised to help Kim reopen his business.

In a video posted to GoFundMe, Kim thanked everyone for their support and announced that he is thinking about reopening his store.