Man Stays Up All Night To Help His Wife, Wins $100,000 Lottery Jackpot

It pays to be kind.

An Oregon man who stayed up all night to help his wife adjust to her new work hours found being a helpful spouse paid off when he won a $100,000 lottery jackpot. 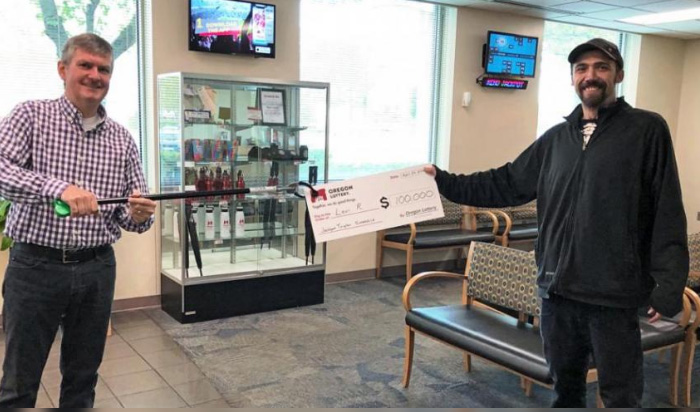 Levi Robinette told Oregon Lottery officials he and his son decided they needed energy drinks after pulling an all-nighter to help his wife. He also bought a few $10 scratch-off tickets.

Robinette said his fatigue cleared up when he realized he had won a $100,000 jackpot from one of the tickets.

Robinette claimed his prize after making an appointment and visiting the Salem headquarters last week.

He said he splurged after claiming his prize last week and bought a motorcycle, but the rest will go into savings.