Captain Tom Moore has received over 125,000 cards for his 100th birthday after raising $34 million for Britain's National Health Service. 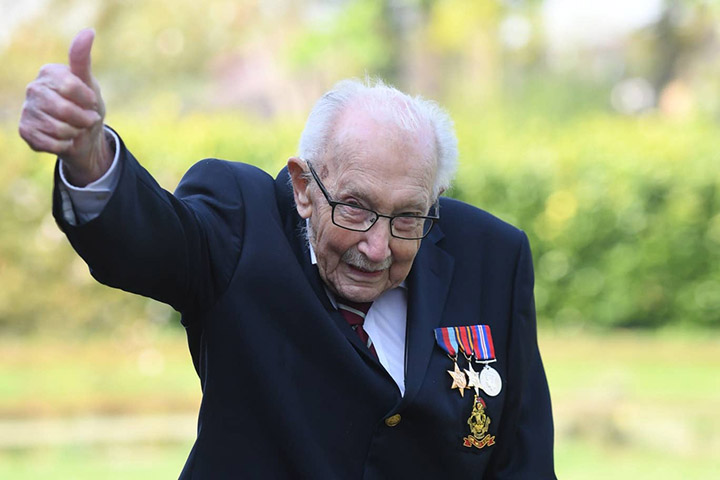 The World War II veteran recently completed his goal of walking 100 laps around his garden to raise money for healthcare workers on the frontlines of the Coronavirus pandemic.

Moore said he hoped his walking mission would raise £1,000 in pledges to thank Britain's NHS for his new hip. Moore far exceeded his monetary goal.

Well wishers from around the world have now sent him thousands of cards ahead of his 100th birthday on April 30. 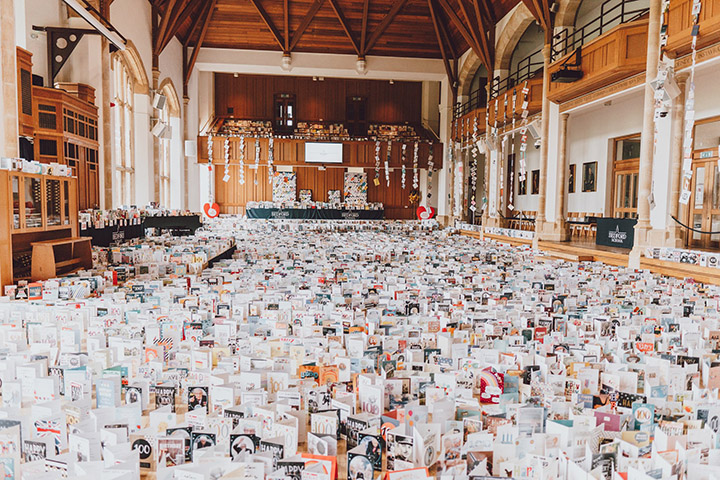 Moore's grandson, Benjie, asked his school for help with sorting the massive influx of cards when he heard the post office was getting overwhelmed.

Bedford School staff, parents and students opened every single card and put them on display in the school's great hall. 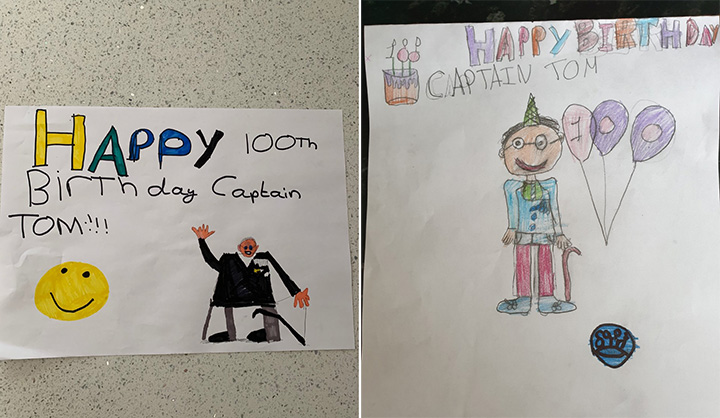 "The volume of cards that have been sent to granddad is just astonishing," Benjie told BBC News. "So many of the cards are truly heartfelt with thousands from young children who have taken the time to use their artistic talent and write a personal message."

But this isn't the only tribute Moore will receive for his birthday. 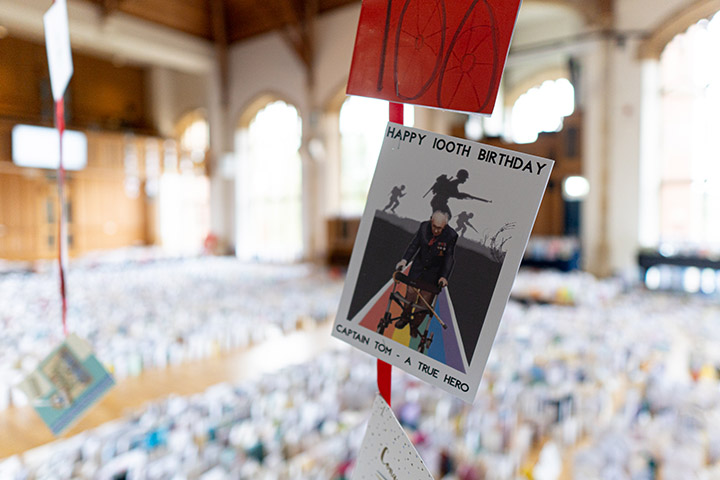 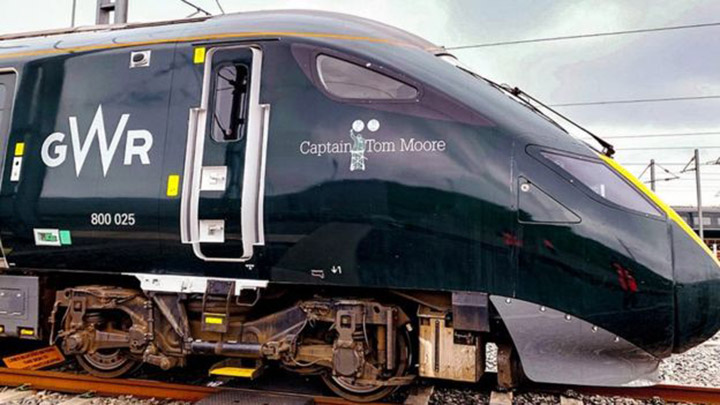 Moore's birthday will also be marked with a Royal Air Force (RAF) flypast. The Ministry of Defence said the flypast would "celebrate Captain Tom's birthday and mark his amazing fundraising achievement".

The WWE is gifting Moore a custom World Champion belt to commemorate his 100th birthday. 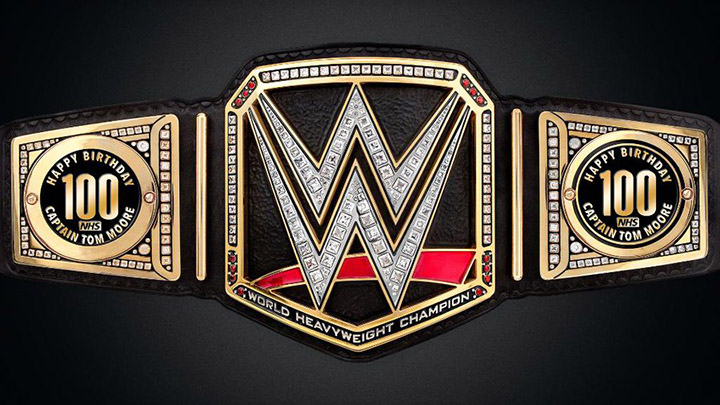 Moore received the prestigious Pride Of Britain award, which is given to those who have acted bravely or extraordinarily in challenging situations. 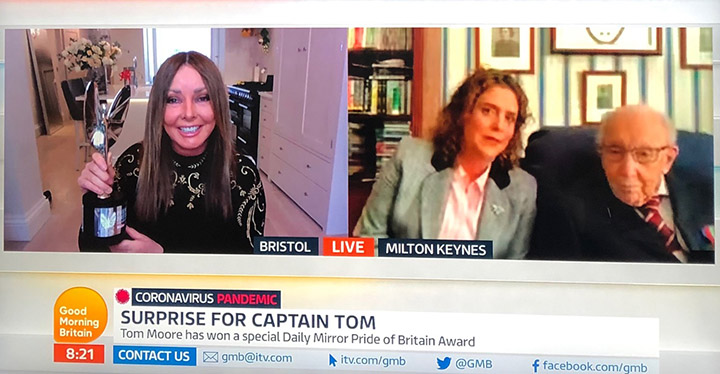 The veteran has also received thousands of messages on social media thanking him for being a "hero", a "legend" and a "true inspiration".

Emily marked her 7th birthday in style yesterday by completing her mammoth 10 mile charity walk. She was born 12 weeks early and has Cerebral Palsy and a brain malformation. She is unable to walk unaided but was inspired by @captaintommoore #ourprideofbritain #whosyours pic.twitter.com/wg7aqECILQ

Congratulations on your fantastic achievement, @captaintommoore 👏