This is what a true rock star looks like. 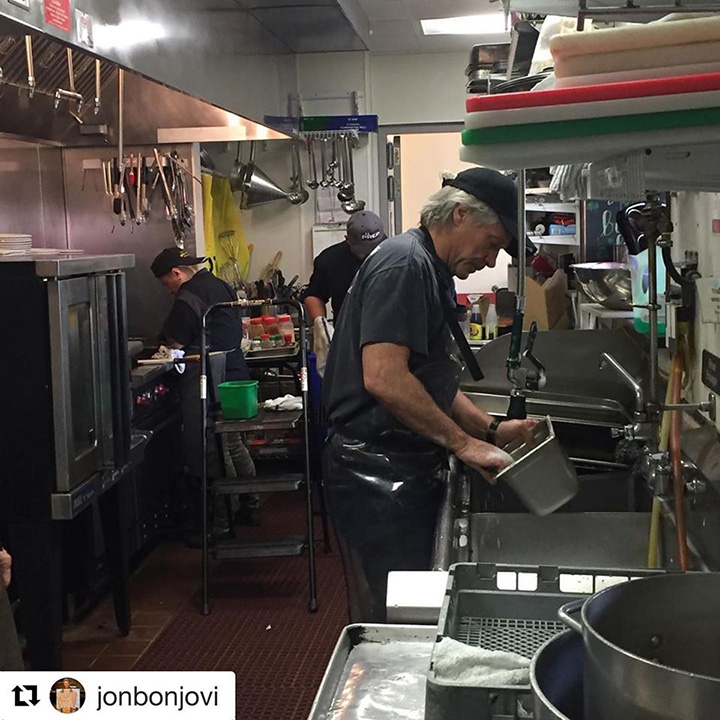 Jon Bon Jovi was seen washing dishes at one of his Soul Kitchen restaurants in Red Bank, New Jersey.

In a recent photo posted by Garry Conley on Facebook, Jon Bon Jovi can be seen washing dishes at his restaurant in Red Bank.

"I have a confession to make. I would not know Jon Bon Jovi if he walked in this building. I cannot name a single song he has ever recorded. It's not that I don't like him or his music, I have just never really been exposed to it. This superstar is washing dishes at one of his JBJ Soul Kitchen restaurants that feed the homeless. They're still cooking. Still making food for those in need during these uncertain times. And instead of disappearing to wait out the pandemic in a fancy penthouse somewhere, Jon Bon Jovi is showing up to be a dishwasher.

Now THAT's what it means to be a rock star."