Man Hands Out $10,000 In Cash To People Waiting In Unemployment Line

A man in Australia was seen handing out $100 in cash to each one of the hundreds of jobless workers waiting outside the Centrelink office in Melbourne. 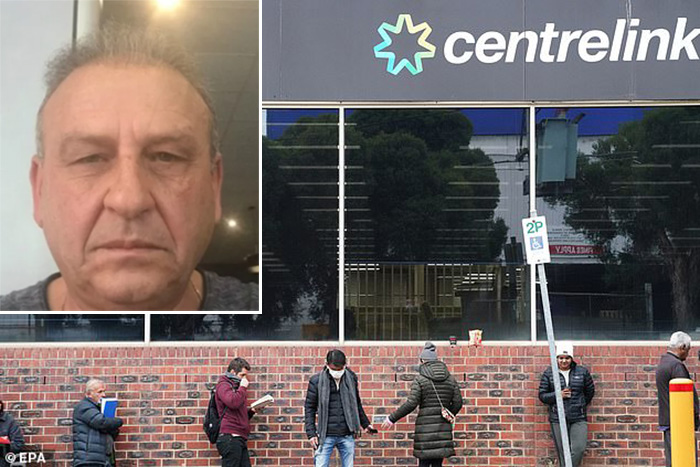 Peter Darmos, 62, handed out a total of $10,000 because he felt "sick to his stomach" after seeing the queues of people "with no means to put some bread on the table for their family."

"The gratitude, the tears in peoples' eyes, it was unbelievable," he said.

Darmos, a businessman who emigrated from Greece as a child, urged other wealthy Australians to donate to workers in industries that have been crippled by the Coronavirus pandemic.

"I came here as a six-year-old from a village in Greece and this country has been good to me," he said.

"We can all hit the Centrelink offices across the country in 30 seconds today and hand out a lettuce leaf to each person in need so they can put some food on the table for their families."

Darmos was not interested in disclosing his identity, preferring instead to be known by news outlets as "John". After some persuasion, he allowed Neos Kosmos to share his real name in the hope that other wealthy Australians will follow suit.