A Lung Was Removed From The Body Of A Cancer Patient, Cleaned And Returned

In a rare procedure performed in Petah Tikva, Israel, a cancer patient's lung was removed, cleared of the tumor, and returned to his body. 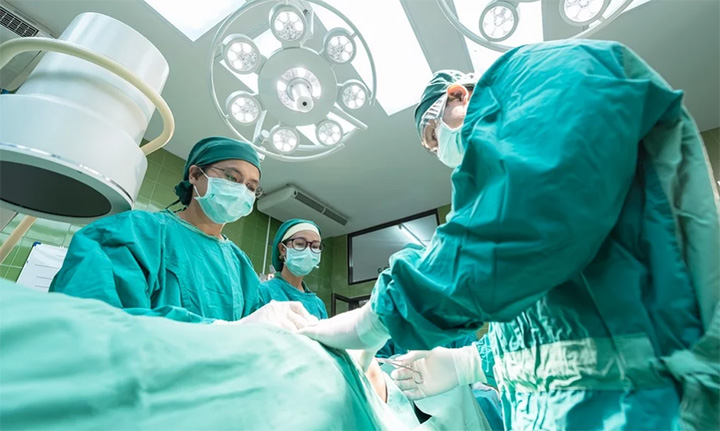 At the Beilinson Hospital, for the first time a lung cancer patient has undergone surgery in which his entire left lung was separated, taken from his body, the cancerous tumor it contained removed and the now-healthy lung reinstalled successfully back in his body.

The patient in his 40s, who chose to remain anonymous, suffered a cancerous tumor that blocked the main airway in his left lung, eventually leading to its collapse.

At first, doctors decided there would be no choice but to cut his lung, exposing him to many dangers, until he found a lungs transplant.

"If we were to cut the lung, we would have the patient's life-threatening death over his head," Dr. Yuri Faischowitz, director of the Chiropractic Unit for Bilinson, told Ynet News.

In order to preserve the patient's life, doctors offered an option to remove his lung from his body, remove the tumor and return it to the body.

During the operation, the patient breathed through his right lung which continued to function, while the surgeons cut off the diseased lung, cleansed it from the tumor, and re-inflated the remaining lung tissue to check that it was functioning.

"While we were inflating it, we saw that the upper lobe of the lung remained healthy," explained Faischowitz, "so we were able to transplant it back."

The original lung was reconnected, the blood vessels and the bronchial tubes also reconnected as in a lung transplant, and the thorax was sewn back. After hospitalization in the cardiac intensive care unit, the patient began a rehabilitation procedure and his condition is now "very well defined".

"The new method may change the way patients treat cancer in the world," says Prof. Dan Arav, director of the Heart and Chest department in Beilinson, who performed the surgery alongside Dr. Faisschowitz, "Removing the diseased organ and removing the tumor, in some cases, is a development in scientific thinking. The idea has now been shown to be effective in lung cancer, and may later be applied to other organs and other forms of cancer."

This news article was translated from Ynet, an Israeli news outlet.