Musician Hacks Prosthetic Arm To Control Synthesizer With His Thoughts

Bertolt Meyer, 42, was born without a lower left arm.

He has worn a prosthetic arm since he was 3 months old, but now wears a high-tech "i-limb" that looks like something out of a futuristic sci-fi movie. 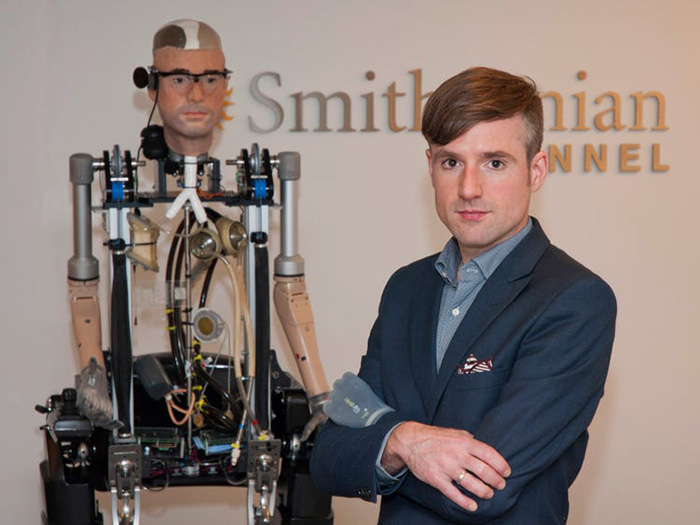 The i-limb is a myoelectric prosthesis, which uses electrical signals from the muscles inside the residual limb to control the prosthesis.

As a musician, Meyer had the idea to swap out the prosthetic hand for a DIY controller for his modular synthesizers so he can play music just by thinking about it.

He's calling it the "SynLimb".

The SynLimb attaches to Meyer's arm prosthesis instead of his prosthetic hand. It converts the electrode signals that his prosthesis picks up from his residual limb into control voltages for controlling his modular synthesizer.

The SynLimb thus allows him to plug his prosthesis directly into his synthesizer so that he can control its parameters with the signals from his body that normally control the hand.

"For me, this feels like controlling the synth with my thoughts," Meyer says.

Watch the demonstration below.