A 9-year-old girl with a neurological disorder can now play video games just like her friends thanks to her father's brilliant invention. 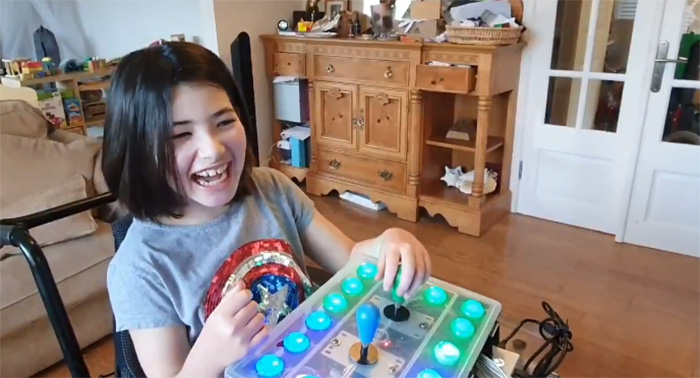 He said Ava, who has hereditary spastic paraplegia which affects her motor controls and speech, made the suggestion after seeing videos online.

The device consists of two joysticks and arcade game-style flashing buttons hooked up to an Xbox adaptive controller.

Steel posted a video to Twitter of his daughter playing "The Legend of Zelda: Breath of the Wild" and it's been viewed more than one million times.

The video was also reposted by Bryce Johnson, founder of Microsoft's Inclusive Tech Lab and an inventor of the Xbox controller, who also gave Steel some suggestions for the controller.

Finished! Ava gives my homemade #accessibility controller V1.0 the thumbs up. She can play @Nintendo #BreathoftheWild on her #switch like her friends now. All thanks to @Microsoft 🙌 #adaptiveController #XAC @brycej @ArranDyslexia @shanselman pic.twitter.com/dOhGnUFZa0