Firefighters in Indiana helped two raccoons safely escape a warehouse fire and it was all captured on video. 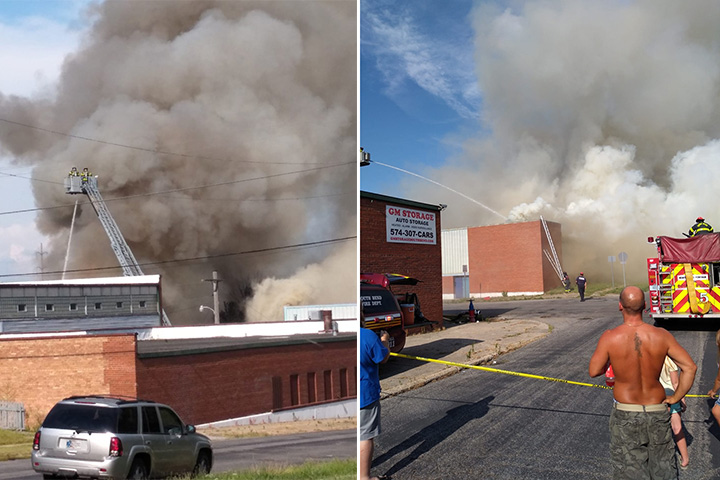 The South Bend Fire Department was busy putting out a large warehouse fire when they noticed two raccoons trapped on top of the building.

A couple of quick-thinking firefighters set up a ladder in hopes that the raccoons would use them to escape.

Paul Bierwagen captured footage of the raccoons climbing down the ladder to safety as people cheered in the background.