Blood Centers In El Paso Are Overwhelmed By Donations

Hundreds of people stood in the 101-degree sun for hours on Saturday in order to donate after El Paso police said there was an urgent need for blood.

KVIA News reported that the donation centers are currently overwhelmed and are asking donors to schedule appointments. 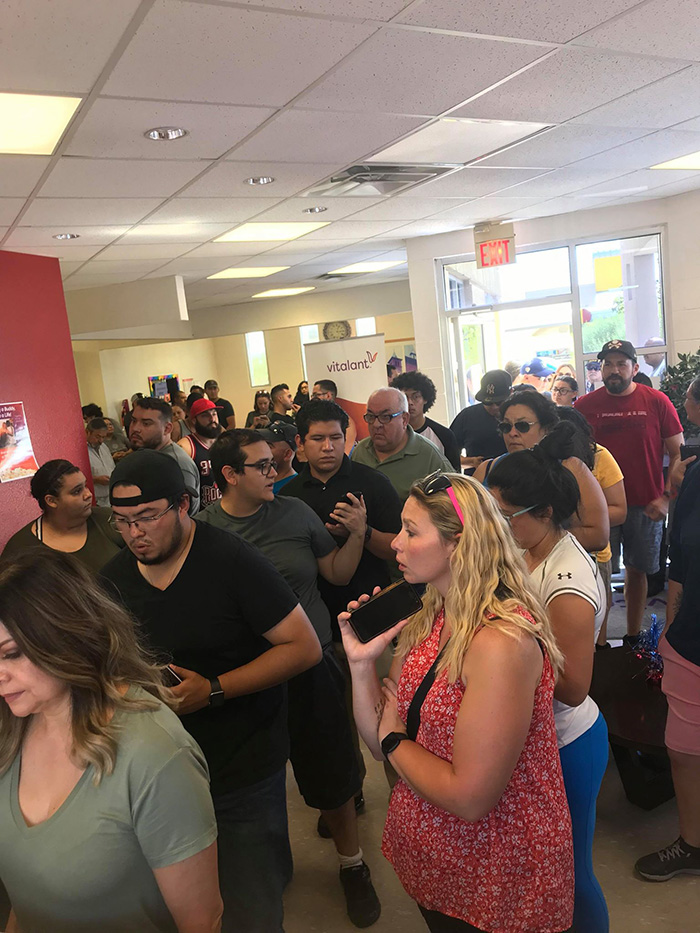 Local news stations and Twitter users shared videos and photos of the crowds.

LOOK: This is the line of *HUNDREDS of people outside of Vitalant in West El Paso waiting to donate blood following today’s shooting @KTSMtv pic.twitter.com/xjtONeWX05

"There were angels that came by an just handed out food, water, hats and umbrellas," one donor said. "No one was organized. Just random people that picked up some stuff to come hand it out to those waiting."

Volunteers are handing out pizza 🍕 to people waiting in line pic.twitter.com/HKibwynKsQ

This doesn't mean that the blood shortage is over, though. As KVIA notes, this is an "ongoing situation" and hospitals will need more donations as they treat patients.

Blood donation lines around the building in El Paso. I love this city. #ElPasoStrong #ElPasoShooting pic.twitter.com/1PYJ4o6Mgr