A police officer in South Hill, Virginia, was captured on video playing dolls with two little girls who were afraid of cops.

Iesha Roper-Boswell believes her daughter and other children in the community have found a superhero in C.B. Fleming, a 15-year veteran of the South Hill Police Department. 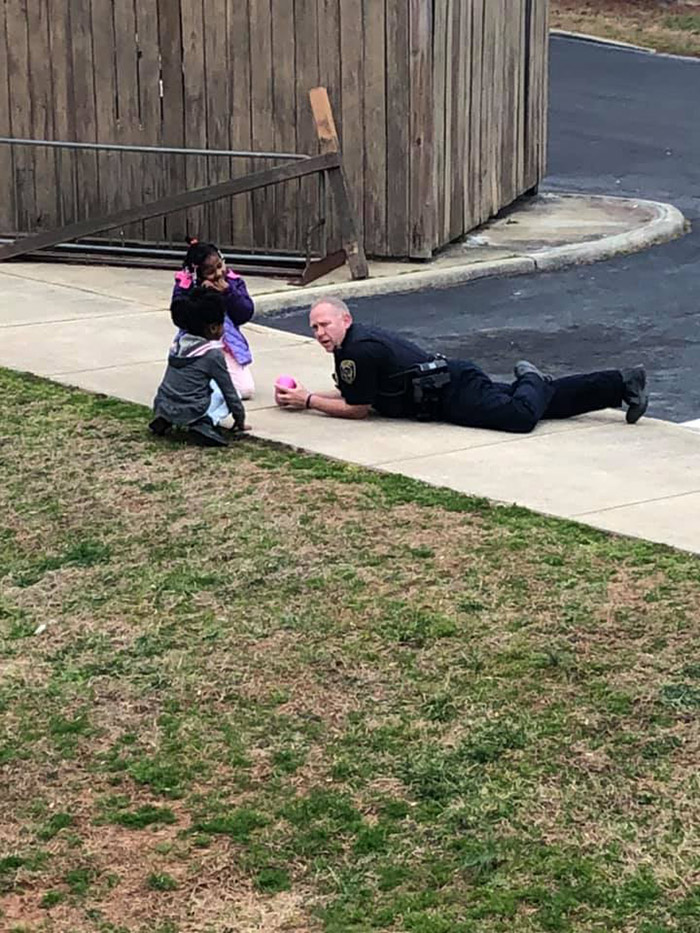 Fleming and the children first met when emergency crews responded to a gas leak at their apartment complex. Once the leak was deemed not a threat, Fleming wanted to make sure everyone felt safe. He started talking with the residents of the complex as he often does.

"I was telling him that my daughter, my niece and some of the other children here were afraid of cops," Roper-Boswell told WTVR. 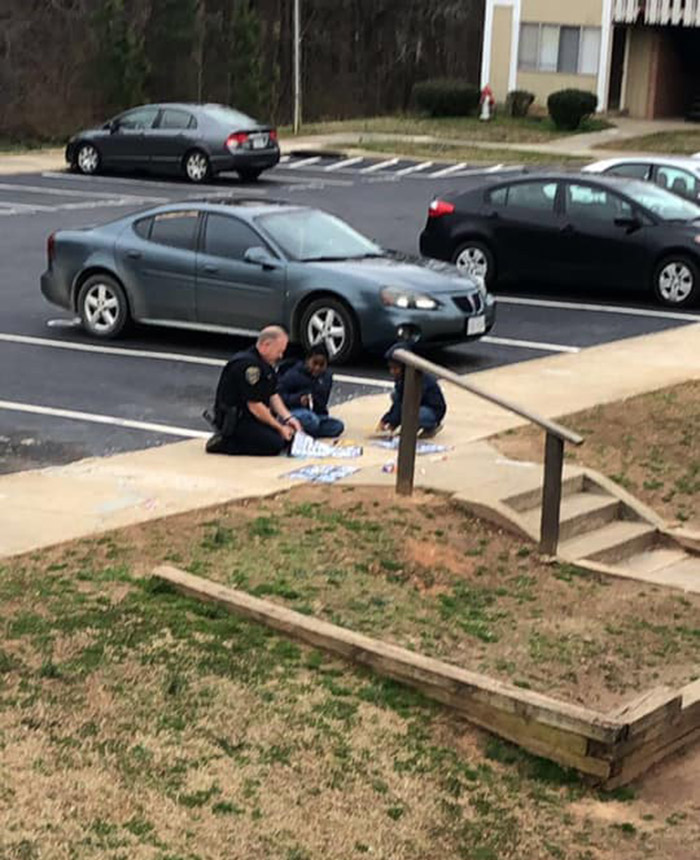 So Fleming laid down and played dolls with the kids. Roper-Boswell recorded video of the interaction and posted it on Facebook.

But the moment wasn't just a one-shot deal for the officer. Fleming has been going above and beyond to be a mentor and friend to the kids in the community for years.

"It's just amazing, the bond that he has with the children, especially around here," said Roper-Boswell. "We locally call him ‘the South Hill Batman."