After 30 years, the San Quintin kangaroo rat was rediscovered in the Valle Tranquilo and Monte Ceniza nature reserves in Mexico.

This animal had not been seen since 1986 and was held as an example of a modern extinction due to agricultural conversion. 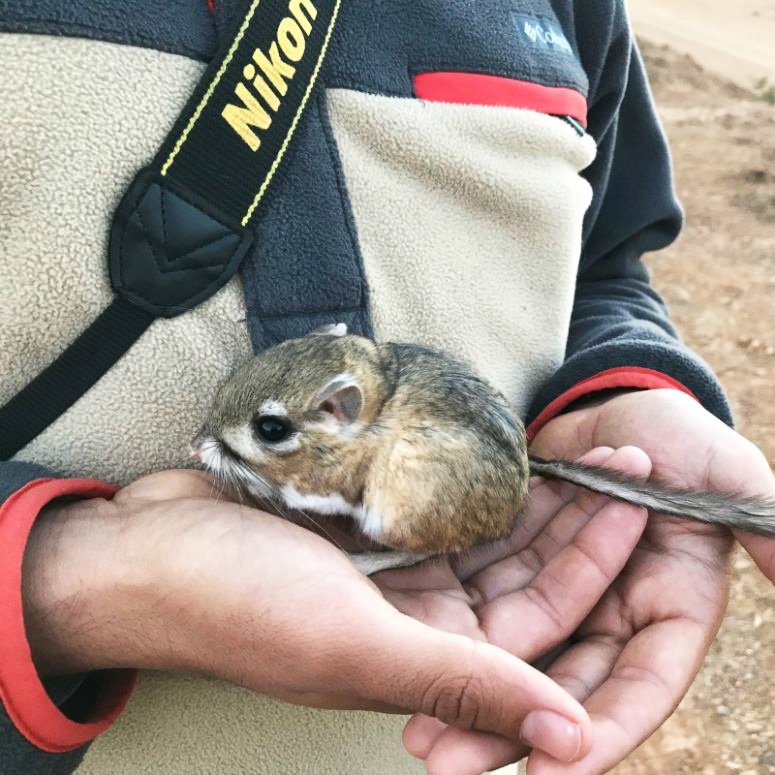 The kangaroo rat was listed as endangered, and possibly extinct, by the Mexican government in 1994.

Despite active searches and monitoring over the years, there had been no sign of the animal until this past summer, when Scott Tremor and research associate Sula Vanderplank were in the field conducting routine monitoring of small mammal communities in San Quintin.

They couldn't believe their eyes when not one, but four kangaroo rats hopped into their survey traps.

"Not only is this discovery a perfect example of the importance of good old-fashioned natural history field work, but we have the opportunity to develop a conservation plan based on our findings," said Tremor, a mammalogist with the San Diego Natural History Museum. "The ability to take our research and turn it into tangible conservation efforts is thrilling. It is a commitment to preserving the uniqueness of the Baja California Peninsula."

The kangaroo rat is about 5 inches in length with a tufted tail. It gets its name from its large, powerful hind feet that allow the animal to leap like a kangaroo.

They once lived by the thousands in a narrow coastal valley stretching 100 miles along the Pacific coast of northern Baja California.

But their numbers began to dwindle with the introduction of intensive agriculture in the 1970s, after which their habitat and food disappeared.

The new discovery will be highlighted in an an upcoming issue of the Bulletin of the Southern California Academy of Sciences.