It Turns Out This 'Vicious Dog' Is A Loving, Playful Pit Bull

The Texarkana Texas Police Department received a call for a "vicious dog" in a neighborhood this weekend but upon arrival found an affectionate, playful pit bull instead. 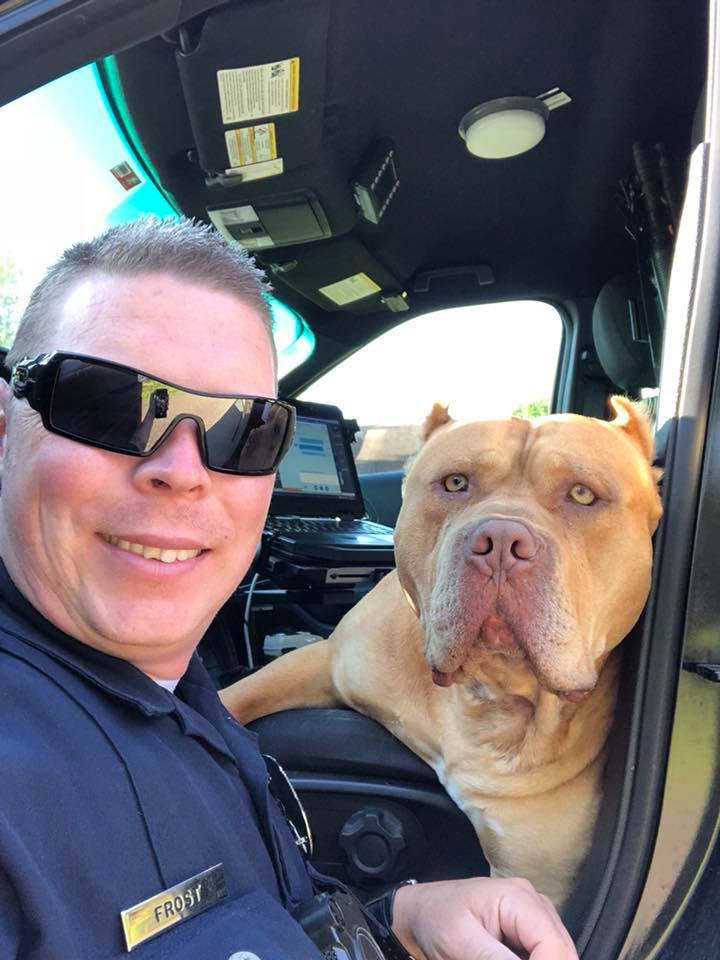 Officer Travis Frost arrived on the scene and spotted the dog laying on someone's front porch.

"Travis said that he left the door of his patrol unit open so he could quickly jump back in if the dog was vicious and came after him," the department wrote on Facebook. "He whistled at the dog, who then came trotting over to him with his tail wagging. After Travis pet the dog for a minute, he went right up to the patrol unit, jumped in the front seat, and just made himself at home. Travis said they just hung out together and took some pictures until an Animal Control Officer got there."

"Pit Bulls have a bit of a bad reputation. Travis said that, while you should always be careful around any dog that you don't know, you shouldn't automatically assume that all pit bulls are bad dogs. They might be really loving like this guy was this morning." 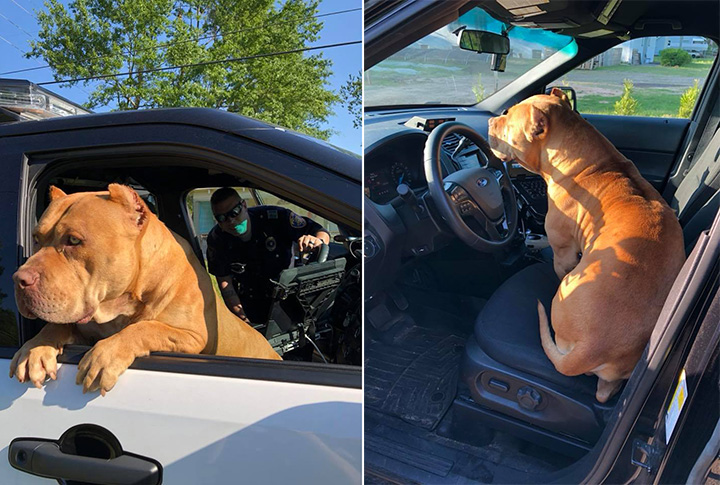 In an update, the police department said the dog has been reunited with his owner.

"GREAT NEWS!!! We just learned that Gold, the dog we met yesterday, was picked up this morning by his owner at the Animal Care & Adoption Center. He is now back home with his family," the department wrote.

"It was discovered that he had an implanted chip, but the owner's contact information had not been updated in the system. Had that information been current, it would have been possible for the Animal Control officer to immediately scan the chip and contact the owner yesterday."