Ana Carrasco has become the first woman to win a world championship motorcycle race on Sunday in Portugal. 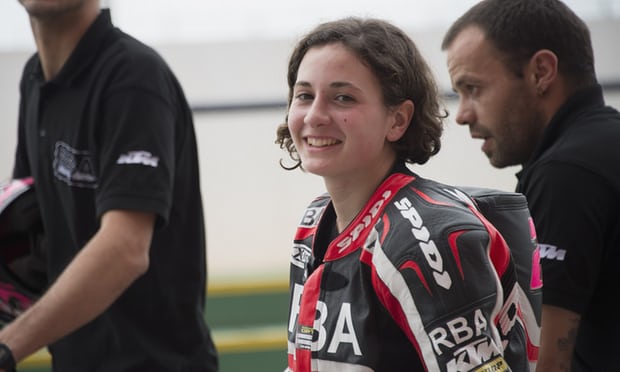 The 20-year-old Spaniard took the lead on the final stretch to win the FIM Supersport 300 World Championship.

Carrasco started riding motorcycles when she was three and debuted in international competition as a 16-year-old.

"I am very happy about this result," Carrasco told World SBK. "I want to share it with all my team. We have worked very hard and we have been making progress in each race."

Watch the dramatic finish below.