Southwest Airlines Is Flying Shelter Animals Out Of Houston

Southwest Airlines is transporting dozens of animals in Houston shelters to San Diego for adoption. 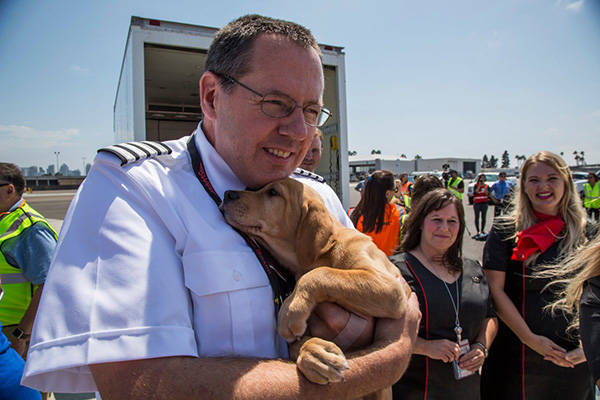 Thanks to Southwest volunteers and various animal rescue groups, around 80 orphan dogs and cats were flown from overcrowded shelters in Houston in hopes they will find forever homes in California. 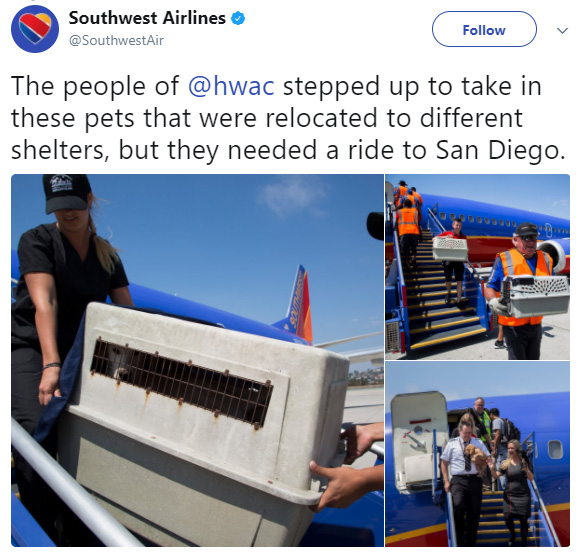 "There are shelters that have been devastated by Hurricane Harvey, without electricity, without supplies," said California's Helen Woodward Animal Center president Mike Arms, who worked in partnership with Texas rescue group, Operation Pets Alive!

"Operation Pets Alive! has taken in an overwhelming number of orphan dogs and cats who had inhabited those shelters before the storm and were suddenly facing euthanasia simply because they had no place to go," Arms said in a release. 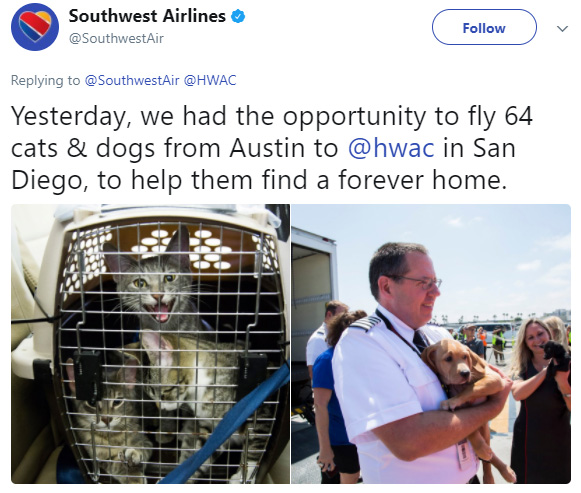 Adorable photos of the animal rescue operation are being posted to Twitter by volunteers. 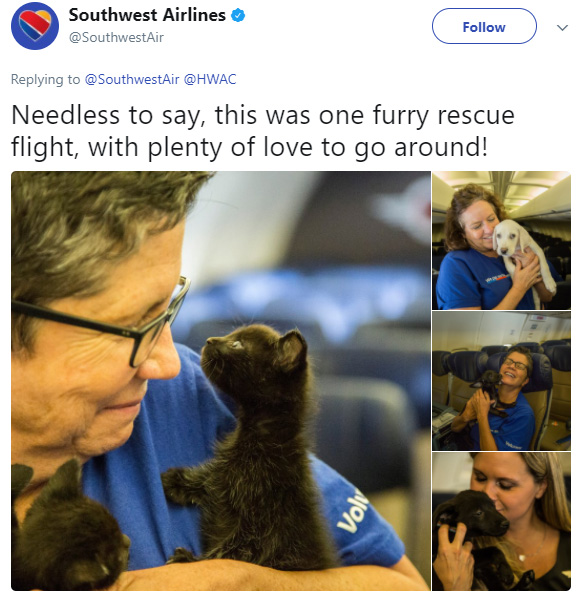 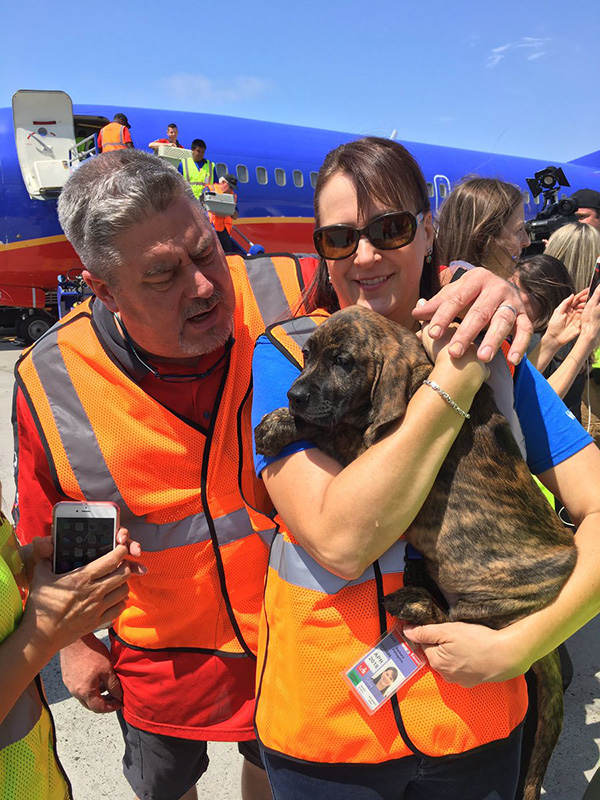 San Diego isn't the only city that's receiving many of Houston's animal evacuees.

Wings of Rescue also flew 180 dogs and cats from Houston to Waukegan, Illinois this week in hopes of finding them new homes. The charity group is planning more flights for hundreds of animals in Florida as Hurricane Irma approaches the coast.