Recovery Becomes Painless When You Smile. 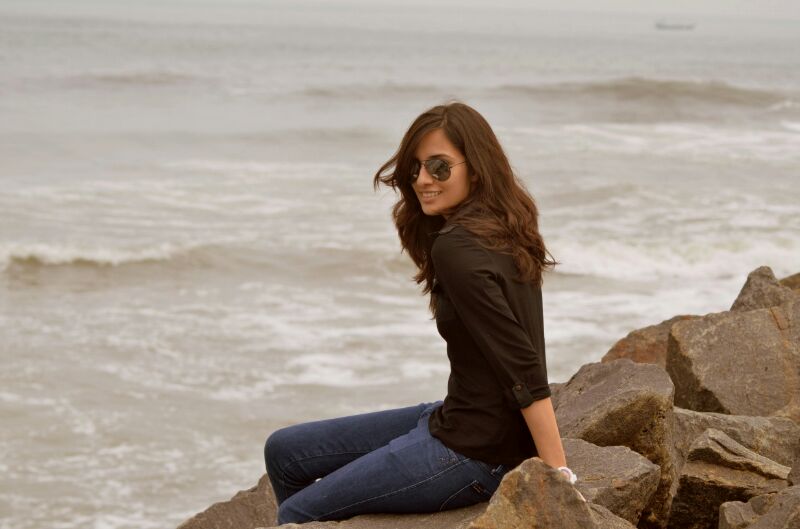 Being a psychologist, I would say this on a substantial basis, as this was how I recovered from the toughest phase of my life- by keeping a positive attitude and smiling. A conversation with my surgeon Dr. Sezhian confirmed my stance when he told me of the many reactions of the patients post-surgery. The ones who were more positive and resolute on becoming alright would surpass any complication with lesser medications whereas the ones who were always dull and depressed would ask for more painkillers. A patient's attitude towards their illness or injuries makes a whole lot of difference in their recovery.

I survived a major car accident and instead of being depressed, i choose to smile at destiny and fight my fate. In Dec 2011, just a week after I turned 19 and dawned the last teen year of my adolescence, along with two of my best friends from high school i met with a grievous road accident. Our car lost control, hit the median and spun in the air before it hit the ground and took several summersaults. Very unfortunately, one of us - Deepan lost his life, my other friend Samrat had a grave head injury while I sustained multiple fractures, severe bilateral lung contusions, bladder rupture and liver laceration.

If you would ask me about that day, I'd be narrating a million happy moments as I remembered everything but the impact of the accident and what happened next.

After the emergency operations were done, we were given 72 hours to wake up to life. I woke up in the 65th hour out of coma giving a perplexed look to a smiling doctor who said, 'Manisha, you have survived miraculously! Dont worry, everything is going to be just fine. It's all a passing cloud.' lnitially, i thought it was a bad dream but then i realized that i did have a motionless body. When i came in terms with what had happened, I smiled back at the doctor and asked about my friends.

I had two major surgeries done. I was in the ICU for 20 days and in the hospital room for another month. My urinary bladder was stitched up, I had drain pipes out of both lungs, I had a catheter and ureteral stents as long as I was in hospital and metal plates implanted for the fractures in my pelvic and right arm. But I smiled all along the complications for I believed that everything was gonna be just fine.

I learned about Deepan's demise only after 3 months to the accident. It came as a shock to me but then I remembered his face and smiled for him.

For 6 months I lay on the bed taking my regular medications, doing my physio exercises and smiling away the enduring pain. I never knew what strength my smile held until then. Sometimes, when my pain got too annoying, i'd start singing in my screechy voice and believe it or not, it helped me as to listen to my singing was definitely more torturous.

It took over a year and a half to gain back physical strength but I was definitely stronger on my mind already and that's why I rejoined college attending for just the couple of hours i was able to sit in a day and completed my degree with distinction. I looked pale and unappealing but my friends and my department of psychology were a great support and they motivated me to get going.

Some people didn't react as i expected, some didn't show up, some asked me deliberately if my uterus was removed and some even judged my character wrong as I was with two boys but nothing of that ever bothered me as I knew what I had been through was even worse. I showed no anger at them instead, I would always just smile.

All my life before the accident, i never listened to others. I took my own decisions and I hated when someone told me what to do. Now all of a sudden, from an independent girl i was to be dependent on someone else for everything. Every time someone else drove for me, picked up my bags or bought food from the canteen, I felt handicapped but then when I started smiling at everything I didn't feel the same way at all.

I started to believe that everything what was happening was choreographed perfectly for my best. I got the right treatment, the right people around me and the right spirit to fight through.

My mother and my siblings were my biggest strength suppliers. I have a beautiful family always being there for me. My friends were always cheering me on. The immense prayers and the speedy recovery wishes from all gave me more strength. I was astonished to see that so many people loved and cared for me.

In mid 2012, when I slipped on water and fell on my back, the implant area ached terribly but after a few moments of crying I started smiling like nothing had happened. My uncle and mom panicked on seeing a swelling and then I was rushed to the hospital. The hospital MD suggested I'd be taken to the emergency room on a wheelchair and contacted my doctor immediately. As Dr. Kesavan came by, I held up a small screw I found in the car and mocked at the whole situation, 'I think this fell down from my pelvis.' He laughed and after all the examinations, he sent me off with a few medications and a warning, ' i know you miss this place but don't slip next time for a hospital trip. Give us a call and we'll drop by.'

I never liked complaining to the doctors. I could empathise with them. All day long they are only hearing about pain from other patients. Almost always they are  only surrounded by negativity. During my hospital stays I thought if I could put a smile on their faces, I'd be doing my least in returning their gesture of saving my life.

I shared a good bonding with all the people from the Global hospital - the MD, my doctors, my nurses , the ward ladies, the physiotherapists, the dieticians, the receptionists, the radiologists, the interns and even the canteen boys. They were like a family. I had written letters to my docs and the MD appreciating their service and those framed letters are still put up in their respective cabins.

I was operated again in June,2014 in the same hospital for the removal of my metal implants about 16 small screws, 1 long screw, 1 plate and 1 chain. I lived 2 and a half years fixed up with all of that and now, I am no more the human transformer, nut and bolt or the woman of steel. It cracks me up as I type that.

This time,I was in the ICU for a day and for one week in the room, i was quiet a talk around the premises as most of them knew me. On the day of my discharge, Dr. Kesavan after seeing me walk with confidence, shook my hand and said, 'Good luck. I hope you don't have to come back here ever again. Live a healthy happy life. Keep smiling. ' But as he walked out of the room, tears rolled down my eyes for the first time and I still don't exactly know why. Maybe because I was so grateful to that place and him for I could now live a life without restrictions.

All it took me was some will power, some patience, a lot of confidence, an attitude that nothing can be too serious and of course, a lot of smiles. Well, like my doctor said, "it's all a passing cloud." Yes definitely, it is. (: