Last night, during the first of my eldest son’s three basketball games, we happened to be sitting next to a lady with a young son. The little boy looked slightly younger than my youngest son, who happened to be sitting nearby. At one point in the game, the little guy looked over to my son, and adorably said: “Wanna be my friend?”. Unfortunately, I was not privy to this precious plea, but my husband leaned over to tell me what he heard. I spent the next 20 minutes simultaneously taking pictures of my oldest son on the court, and my youngest son, with his new buddy, playing a video game two seats down from where I sat. It was a heart-warming scene, and reminded me how easy it can (and should) be to make new friends.

A few hours earlier, we went to a downtown cafe for an afternoon treat. There were no open tables for four, so we grabbed a table for two, and scrunched into the small space, each taking a bite of everyone else’s order. We were loud. We were laugh-y. We were likely annoying the heck out of the college students with open laptops sucking down caffeine and attempting to finish midterm papers. One such young lady came over to our table and said: “I have more room at my table, I am happy to trade with you guys so you can spread out.”. It was a simple act but resonated a selfless heart. We politely declined her offer and stayed tucked in our tiny berg of togetherness, but her kind gesture stuck with me hours after it occurred.

At the infamous basketball game that very same evening, where I thought my son broke his nose, I anxiously waited outside the men’s restroom while his dad helped get the bleeding under control, and clean his blood-soaked jersey. Two different gentlemen stopped by to ask how my son was. They commented on the tough blow they witnessed during the game and encouraged me to find ice at the front desk (which I had not thought to do) or a t-shirt at the vending area, so he didn’t have to wear a wet jersey. Those men could have simply gone about their business with no concern for the stranger’s kid with the bloody nose. But they stopped to ask and offer suggestions. They cared. And it showed, touching my heart to the core.

Just a couple of days ago, I sold a book to a friend of mine. She paid the amount I charged and asked, ‘Is that enough, it doesn’t seem like it will cover shipping.’. Truthfully, I had not accounted correctly for the shipping charge and barely broke even on the sale of the book. I joked with her that I had learned my lesson and the next time I would make up the difference. Thinking nothing of it at the time, I received a message from my PayPal account that this particular friend had deposited an additional sum to more than cover the charge of the book and shipping. I was so deeply humbled by her act of kindness and desire to encourage a passion for writing in supporting the sale of this first book. It nearly brought me to tears. Happy tears!

These are just four recent examples of everyday kindnesses I often take for granted. I could name so many more. Often overlooked, or under-rated, these small acts of service, friendliness, and human care are what it takes to make the world go round. They are the fuel that does not bankrupt our emotional love banks, but rather propels the positivity forward ten-fold.

With illness surrounding us, countries at war, innocent people suffering more than we can imagine, and the everyday difficulties that often make life’s journey feel mostly uphill, these small gestures of goodwill can easily ignite a spark of positivity that can easily spread like wildfire, erupting into a blaze of peace and love this old world is starved to know…. 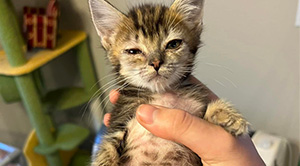 Worried Woman Takes Cat Named Cheesecake To The Vet. The Exam Results Has The Internet In Stitches

If Each Country Is A Guest At The Same Party, This Is What They Would Be Doing 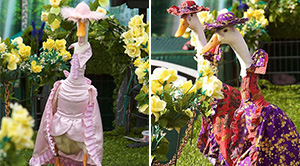 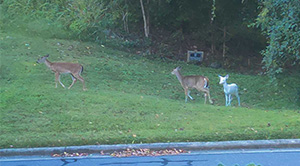 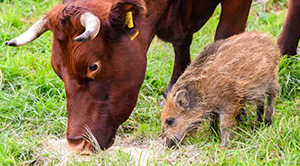 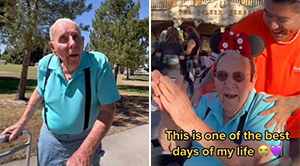 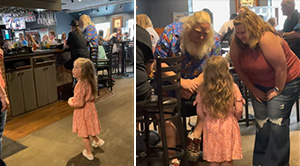 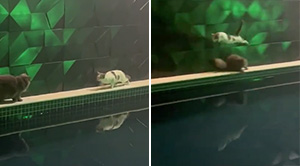