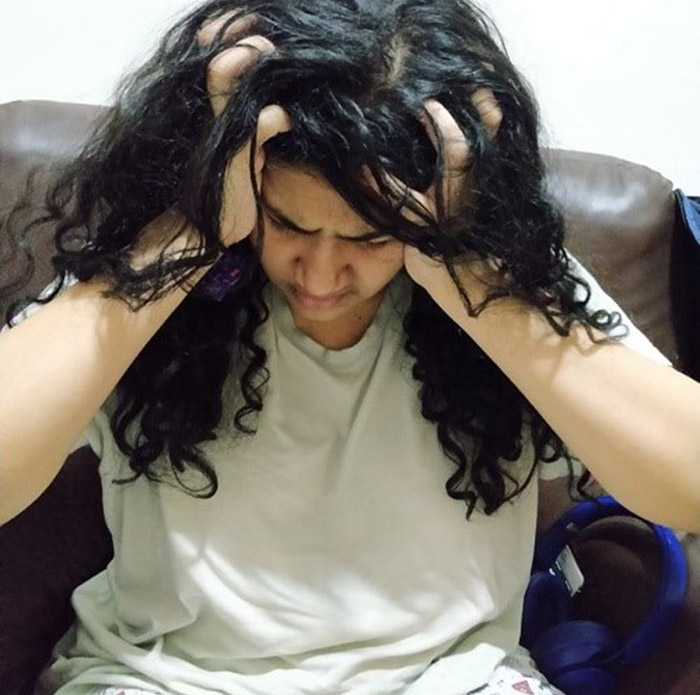 With a broad smile on her lips, fifteen years old Sirin twisted her feet, waved her hand in dance pose, twirled with joy to show off her new painting to her mom.

When she rushed to her mom, her mom raised her eyebrows with eyes wide open, spoke in a hushed tone, 'Shh…honey.. don't shout. Right now I am busy with an important talk. I will see it. Just wait for some time, ok!'

Sirin got a sudden jolt, stopped at once holding her oil painting. She frowned and stumped away grumbling, searching for her dad.

'Dad, see what I have done,' Sirin announced aloud in a thrilling voice.

Her dad turned around while adjusting his tie, grinned at her, showed his thumbs up!

Immediately, blowing her two cheeks, Sirin retorted, 'Dad, you haven't seen it yet.'

He smiled at her saying, 'No time, baby. Will see it later.'

She was not a kid to be flattered with simple gesture or smile. Her dad was in a hurry, so he just patted her back lovingly, kissed her forehead, and rushed for his office.

And her brother, he was always out of this world! He was only two years elder to her, so being an adolescent, he was always roaming in his own dream land! She didn't feel like wasting her time trying to show him the painting.

Sirin stood there for a few seconds, then stormed off to her own bedroom. Hot air was blowing from her nostrils, her face turned into apple red. She threw the paper on the table, slammed the door and flung herself on her bed. Looking up to the ceiling, she wove her anger net intricately.

'What the hell is going on? Why everybody is so busy?' She imagined thousands of incidents that hurt her in pre-school, middle school and even high school too! She assumed that at least her own family members would give some value to her thoughts, but they were also no exception, they too behaved like others! Unconsciously, her eyes filled with tears. She felt like an alien in her own home! As if every single person on this earth is busy in their own work and no one has time to share a single moment with her, neither in happiness nor in sorrow!

The knocking sound on the door, put a sudden brake to her thought. Knowingly, she ignored the sound. But the continuous sound was so irritating, she was forced to open the door!

'What?' Sirin burst out at once! Her eyes bulged out staring at the unexpected visitor. It was her nanny who had been working for fifteen years, since she was a kid. She was appointed to look after both of them, her brother and herself! She screamed at her, 'Go, get out! I don't want any one! Just go!'

'Ok, cool baby! I hear you.' Nanny walked away giving her some space.

The same day, when her mom called her for dinner, she deliberately came late to join all of them. She kept silent, didn't look at anyone, scratched the table mat with her nail. They all started eating, while Sirin was twirling her fork in the noodle.

'I made this special noodles for dinner. I know, you like it,' spoke her mom, while passing the bowl towards Sirin.

Sirin was silent, continuing the same action. She didn't bother to give a glance at her mom to show her appreciation. Her mom was surprised to see the unusual behaviour. She couldn't guess anything. Suddenly, the morning incident clicked in her mind. Softly she asked, 'Honey, are you ok? Did I do something wrong? Why are you so upset?'

Sirin could no longer resist her outburst. She left the food, and ran away to her room. At other times she tried her best to understand the practical problems of her family members, but today it was the climax! Her expectation was something different. She assumed that her mom and dad would feel proud of her great talent, would appreciate her painting but instead of praising, they didn't pay any attention to it. That hit the target- her ego! She felt neglected even though she was well aware of their unconditional love. She was disgusted with everybody having 'no time' for her. She was hopping mad, picked up a paper and scribbled on it, whatever she could. Few days ago, while she showed her project to her teacher in the school, the teacher casually said, 'Right now I don't have time. Keep it aside, I would see it later.' That smashed her high desire- to get some praising words!

When Sirin screamed at her nanny, her mom was not far away. She was watching her daughter's splenetic face but couldn't figure out what exactly hurt her so much to be so violent! Although, faintly she remembered the morning incident, she was really struggling hard to pacify her daughter's emotional feelings. She came close to Sirin and whispered, 'Baby, I am so sorry! I know you have every right to get angry but please share your problems with me. Next time I promise this mistake will not be repeated.' She hugged Sirin, tapped her back gently, showering her motherly love!

Ten minutes later, Sirin came back to normalcy, yet her doubts lingered. Maybe, mom's confession overruled her anger for the time being.

Next day, Sirin was too busy in her school project. She had to do lots of work for the science annual fair. She was late to home. Holding too many drawing sheets, colours and notebook, Sirin came back home. Being tired of continuous work, she straight away went to her bed room. When she switched on the light, she was taken aback at the sight! She couldn't believe it! 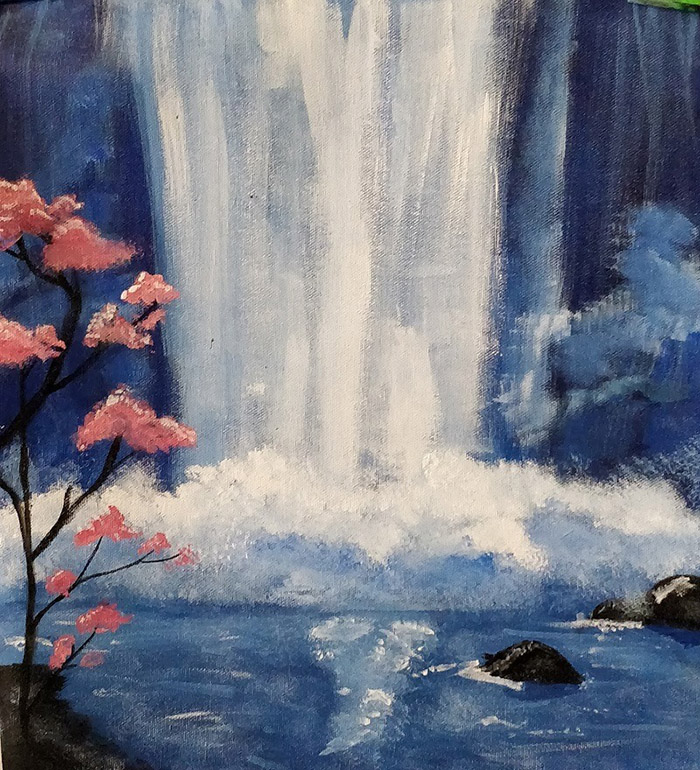 Her oil painting was beautifully framed and installed on the wall. Just below the painting, it was written 'We are so proud of you Sirin, our little angel!'

Overwhelmed with joy, Sirin ran to her mom and hugged her tightly. Her mom gently adjusted Sirin's scattered hair on her forehead. She said, 'Honey! I never knew that you are so talented! Time consumed my attention so much in my personal work that I couldn't even notice your amazing talent! Your frustration showed me my mistakes. I am so sorry, dear! We would never say 'no time' for anything in future, whether big or small. Got it?'

She draped both her hands over her mom's neck, kissed her cheek and said, 'Yes mama, got it. You are my sweet mom!' In the present world, 'handling teenagers' is the most challenging problem for the parents! Work pressure, stressful life with 'limited time' have become a barricade between the individual and the family! Anybody who can manage these hurdles would definitely be a successful and happy person!