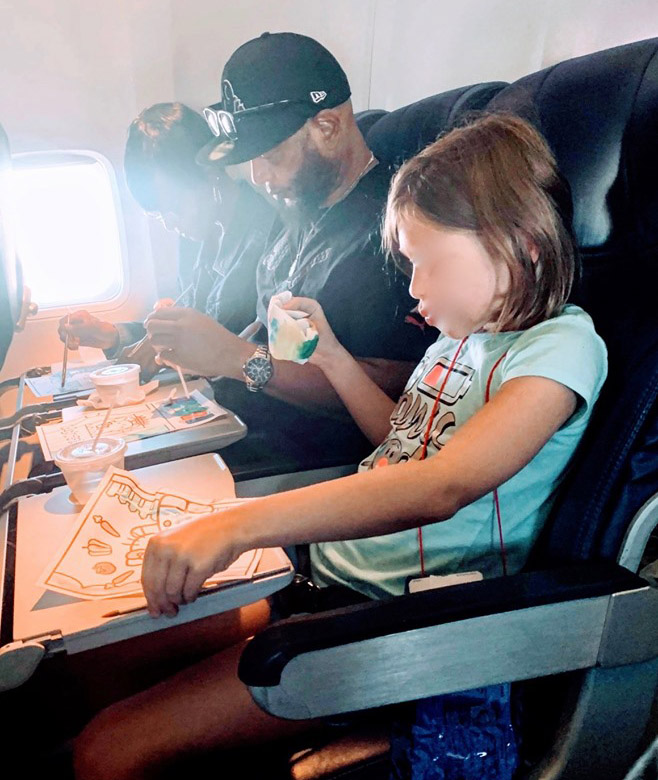 Tonight, on my flight from Indianapolis to Baltimore I sat next to an unaccompanied minor who was traveling to Baltimore to see her Mother. With Southwest Airlines open seating anyone could have sat next to her, in fact many people avoided her and her boundless energy during boarding. But finally, the couple you see in the photo occupied the two seats to her right.

Within minutes the young girl began chatting and the couple likely realized this wouldn’t be a relaxing flight...and they just rolled with it.

As drinks were being served the couple didn’t even get a chance to voice their requests because they were cut off by the young girl stating, ‘I’ll take water with a straw and so will they so we can paint!’.

And they just rolled with it.

Within minutes the young girl had brought out her Hello Kitty paint sheets and the couple spent the next hour following her instructions- as you can see.

As I type this the man next to her is being covered with Marvel stickers. They are on his ears, in his beard, arms, everywhere. And he is just rolling with it.

Moral of the story: There is good in this world. In fact, there is more good than bad in this world if we just open our eyes to it. There isn’t a script or instruction manual for love. You just have to roll with it.