Once upon a time, in a small village in Kenya, there lived a young boy with his step family. Due to the scarcity of water in the village, the young boy awoke early every morning, carried his pot and headed for the stream with the aim of fetching water for himself and his step family. Sadly for him, he alone had this task as a routine every morning and evening to fetch water from a distant stream while his step siblings were given other lenient tasks or even none. Yet, the young boy bore no grudge against his step family, loved them and carried out his task, diligently.

On his way back from the stream, he met an old man resting under a tree who begged for water to quench his thirst and he gave the old man. He met an elderly woman who begged for water and he gave the woman. This happens almost every time as he comes back from the stream; meeting people who beg for thirst, yet he gave them despite his step mother’s torture on him for fetching half-filled pots that wouldn’t even be enough for the family.

When he got home, his step mum noticed the half-filled pots, and again pounced on him – this time with more cruelty. As she was beating this young boy, there was a knock on the door. It was the wounded strange man – a mail deliverer. Apparently, he came from the town with a letter for the young boy. A letter containing a scholarship with additional cash gift for the young boy and would have died on the way if not for the boy’s help.

They say there is love in sharing…they say where there is love there is life. Your everyday good deeds are never in vain for they shall return to you even when you’re not expecting it. 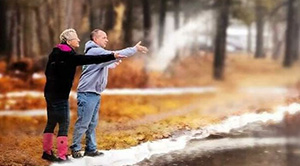 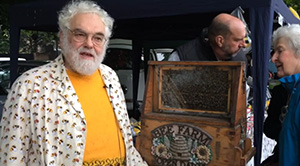 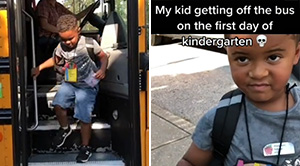