Every Shade Is Beautiful 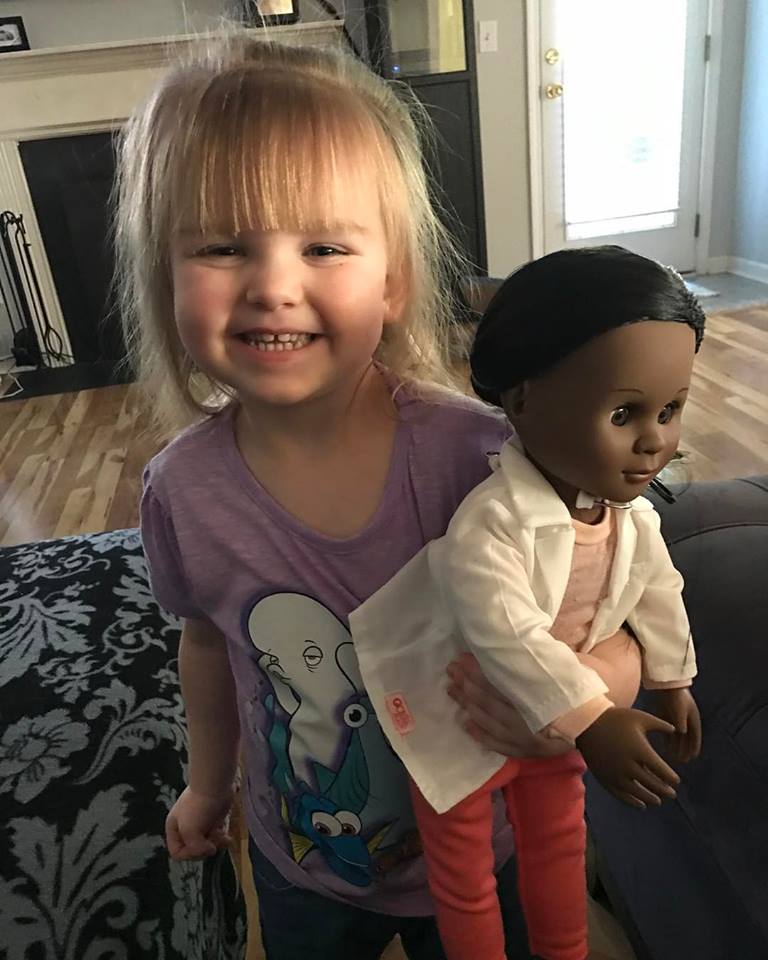 Nick and I told Sophia that after 1 whole month of going poop on the potty, she could pick out a special prize. She, of course, picked a new doll. The obsession is real. While we were checking out, the cashier asked Sophia if she was going to a birthday party. We both gave her a blank stare. She then pointed to the doll and asked Sophia if she picked her out for a friend. Sophia continued to stare blankly and I let the cashier know that she was a prize for Sophia being fully potty trained. The woman gave me a puzzled look and turned to Sophia and asked, 'Are you sure this is the doll you want, honey?' Sophia finally found her voice and said, 'Yes, please!' The cashier replied, 'But she doesn't look like you. We have lots of other dolls that look more like you.' I immediately became angry, but before I could say anything, Sophia responded with, 'Yes, she does. She's a doctor like I'm a doctor. And I'm a pretty girl and she's a pretty girl. See her pretty hair? And see her stethoscope?' Thankfully the cashier decided to drop the issue and just answer, 'Oh, that's nice.' This experience just confirmed my belief that we aren't born with the idea that color matters. Skin comes in different colors just like hair and eyes and every shade is beautiful.