The best Christmas gift I ever got was both early and late. My first born child came into this world on December 16th, nine days before Christmas. He was supposed to be a Thanksgiving baby, however, so when my wife went into labor 3 weeks late he had to be delivered by an emergency Caesarean section. My first word when I saw him wasn't even a word but a sigh of relief, love, and joy. My early Christmas present had a red, splotchy face from being overdue but it was washed several times over the next few days with happy tears from me, my wife, and several grandparents.

My son was named Joseph John after me and "J.J." as he was called soon became the most cuddled and photographed child around. He was the first grandchild on both sides of the family and spent his first Christmas going from arms to loving arms as everyone wanted a chance to hold him. I looked forward to a blessed life watching my first born grow up to be a strong and smart man.

That dream, though, wasn't to turn out the way I thought it would. As my son entered his second year we realized that his language wasn't developing as it should. He only seemed interested in a few things and would jump up and down over and over to amuse himself. We finally got him tested but were given no answers. We were only told that he wasn't normal. It was raining that day as my wife and I drove home and finally we pulled the car over, held each other, and added our own tears to the storm.

With the end of that dream came the birth of another. We decided to find out exactly what was "different" about our son do all we could to help him become all he could be. Soon a local Doctor saw what the specialists hadn't. Our son had Autism. In that day very little was known about Autism or what could be done to treat it. My wife and I read every article and researched every treatment there was to help our son. We put our anger at God aside and asked instead for His love and guidance to help us with our boy. We enrolled J.J. in Special Education at school and worked with him everyday at home. We were blessed to get a loving, kind-hearted, and patient personal-aide for him at school and she became like a second mother to him. It was by her side during another Christmas season that my boy spoke his first sentence about the beautiful Christmas tree at the school.

As we continued to work with my son I noticed something else too; his loving spirit was also working on us. His smile was contagious, his cheer was infectious, and his innocent love was purifying. Over the years I became a better, kinder, more loving, and more spiritual person just by being around him. He taught me so much about love, so much about joy, and so much about embracing life. His language continued to improve and he became beloved by his teachers, fellow students, and especially by the school football and basketball teams where he worked as the equipment manager. His loving presence became a comfort to my days. His gentleness helped me to deal with money struggles and career problems. His sweetness helped me when his younger brother was born with an even more severe form of Autism and I gave up teaching to care for them both.

Now as the best Christmas gift I ever got approaches his 28th Christmas with me I have realized that he is the gift that keeps on giving. Like a ray of sunshine he brightens the day of everyone he meets. Like an earth angel he touches the souls of others with his gentle love. He shares his smile with everyone and calls everyone by name. He goes through his life making this Earth a little more like Heaven. He lives out God's dream for him which is a far better dream than mine ever was.

I wish all of you a Merry Christmas. May your Christmas and all of your days be full of the best gift there is, the gift my two special sons give me everyday-the gift of LOVE. God bless you always. 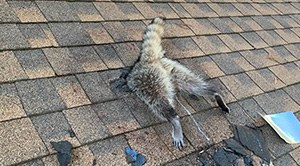 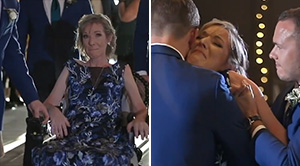