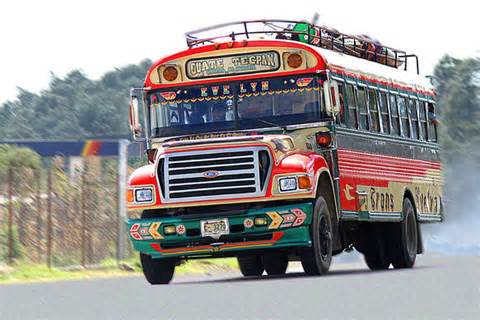 My family has a cottage, built by my grandfather over eighty years ago that lies on the peninsula of Door County Wisconsin. Door County is known as the “Cape Cod of the Midwest” and is dotted with cherry orchards who’s summer fruit is transformed into jams, jellies and pies and sold to tourists throughout the summer. The land is surrounded by water on three sides allowing the air to hold a kind of ethereal, translucent mist drawing a collection of artists to this magical place.

Inspired by childhood crayolas and a bachelor of fine arts degree in college, I have dragged my family on countless gallery excursions. It was not always about the art. Often it was about enjoying the beautiful landscape and watching the lake breeze chase the cherry blossom’s petals in the spring, or spinning the autumn leaves into cyclones of color in the fall. Essentially, it’s not about where you’re going, but about the magic you may find along the way.

I pulled off of the two-lane county highway onto the tire rutted dirt drive of a gallery sheltered in an old log cabin. The rough-hewn logs still chinked with some of the original mud told the story of its construction over a century ago. It offered a sense of enduring history, the old wooden screen door creaked and bounced on its jam, as patrons of the arts, more there for the looking than the buying, came and went.

I was greeted by pottery, paintings and rugs hanging on the walls all emblazoned with bold graphic symbols. A graphic designer myself, I was intrigued by the symbols and how they comfortably adorned a variety of mediums.

A woman busied herself behind the counter, her wild tangle of auburn hair caught up in a makeshift bun offering her a reprieve from the warm August afternoon.

“Excuse me. Who designs the symbols I see everywhere?” I asked.

“I do”, she offered, “and my husband, Ponce, makes the pottery.”

“What about the rugs?” I asked.

“Oh, those my, father-in-law, in Mexico weaves. I kind of channel the symbols and then later what they represent comes to me. I choose the symbols that resonate with me most and then my husband Ponce and my father-in-law work them into their designs.”

“Your father-in-law lives in Mexico?” I ask.

“Yes, my husband is from there,” she says with a grin telling me there is more to the story.

“And he somehow ended up in Door Country, Wisconsin?” I ask.

“You have time for a story?”

And the lady with the wild auburn hair began:

Well, twenty years ago I was a graphic designer working for an advertising agency in Minneapolis and I started designing these symbols on the side. I didn’t know where they were coming from, but they just kept coming and I kept putting them on paper. One day an old college friend happened to be in town and got in touch with me. She came to visit and when I showed her the symbols she commented that they would look great woven into a rug. I agreed, but told her I had no idea how to make that happen. She began to ramble on about a small village she knew of on the Yucatan Peninsula that was known for it’s beautiful textiles. I just thought, “Great. I live in Minneapolis, Minnesota the land of Swedes, pickled fish and mosquitoes and the Yucatan Peninsula is where?” Before she left, she asked me to print out a copy of my favorite symbol. I gave her my communion symbol, the one you see woven into the rug, hanging on the wall there, with the intertwining semi-circular rings. I love that one because it holds meaning on so many levels.

Months past and I hadn’t heard from her, yet I paid no mind because her initial visit had been out of the blue as well. In fact, I can’t even remember the city she lived in, and this was before the days of cell phones when people exchanged numbers so readily. Two old college friends having a random encounter was how I saw it.

Then one day the mail arrived and with it a six foot long mailing tube. I popped out the plastic end cap and unfurled a beautiful six by eight foot rug with my communion symbol woven into the center. It was amazing. I’m not sure how long I stood and stared in disbelief. When I finally came out of my daze, I thought, “I have to find out who made this rug and have them make more.” Then I realized I had no idea how to get in contact with the friend who had evidently made this happen. As I said, no phone number. No idea what city she lived in. No return address. She was a bit of a gypsy. Weeks past and the rug hung on my living room wall haunting me. I finally called my best friend who had seen the rug and knew of the mystery of its creation. She was the kind of friend who was usually and perhaps reluctantly up for any adventure. I called her and said, “Get over here. I have an idea.”

“ Oh no, Sondre. What are you getting me into?” she asked.

“Just get over here. You know you can’t stop yourself.”

By the time she arrived at my apartment I had taken a Polaroid of the rug and had the World Atlas opened to the page showing the Yucatan Peninsula. Letting her in, I walked back to the atlas and pointed saying, “It had to come from somewhere around here. A lot of the smaller villages won’t be marked.”

“What came from where?” she demanded.

“My rug. The rug with the communion symbol.”

“You’re still obsessing about that?” she asked, which was kind of a ridiculous question her being my best friend and all. I mean it’s not as if she hadn’t seen me obsess before!

So after more than a bit of cajoling, I had two tickets booked to Mexico City. The Yucatan Peninsula was more than a hop, skip and a jump from there, but I figured we would handle that when we got there. Wherever that was. As I said, all I knew is that it was a village known for its rugs somewhere at the end of the Yucatan Peninsula. Hell, I was twenty-three. You do that kind of shit at twenty-three. Anyway to make a long story short, we flew into Mexico City and then took this crazy chicken bus to the Yucatan. After that, I threw some guy a few pesos and we rode in the back of his donkey cart to the first village on his route. Since we really had no idea where we were going and it was going to be dark soon, I figured this village was as good as any. Besides, we couldn’t really ask our donkey cart amigo where he was headed next since my friend and I didn’t speak a lick of Spanish.

I shook my head laughing as Sondre gave me an explanation even she knew was a ridiculous. “That’s right. You heard me. No Spanish. We were the idiot Americans who just spoke in English very loudly and slowly as if that was going to help someone understand. You can talk as loud and slow in Spanish as you want, but this chick still ain’t gonna get no Espanola. American arrogance, right? So, we jump off of the donkey cart with our backpacks, armed with the one Polaroid of the rug hoping to find the person who wove it. Snowballs chance in hell, right?

I looked at my friend and said, “Well here we go!”

Just a little bet frustrated, my friend asked, “Here we go where, Sondre?!”

“We start knocking on doors, what do you think? It’s not like they are going to come to us!” I told her.

With a not very friendly look in her eyes, my friend said, “But Sondre, we don’t even speak Spanish!”

I said, “That just occurred to you? Hell, I can talk slow and loud, and there’s no way we are turning back now.”

Knocking on the first door, a small brown woman opened it a bit more than a crack and looked at us suspiciously. I pulled out my Polaroid and asked at what was most likely a frightening volume, “DO-YOU-KNOW-WHO-MADE-THIS-RUG?”

Looking bewildered, she shook her head no and yammered on about something in Spanish. I’m not sure if she even understood what in the hell I was asking, but I figured if she had recognized the rug there would have been some kind of reaction. For all I know she could have been saying, “What does this crazy red haired gringo lady want and why does she talk so loud?” But I was on a mission. One down, I thought. That was encouraging considering there were only about seven doors to knock on in the entire village. No shit. Only six to go. We continued to knock and continued to get the same bewildered response. I wasn’t really too discouraged considering this is the first day and we really have very little to work with other than the information “a village somewhere on the Yucatan Peninsula.” Like I said, I was twenty-three. Finally, knocking on the last door it was answered by a man with the kindest brown eyes. I again asked in my loud slow voice if he knew who made this rug, pointing emphatically at the Polaroid. His face broke into a huge smile and he pointed just as emphatically at himself as I had at the Polaroid. And that’s how I met my husband Ponce. He spoke no English and two weeks later moved to Minneapolis with me and then we ended up here in Door County. We have two sons. The oldest one is going to the University of Michigan and wants to be a golf pro.

“Go figure!” she laughed, finishing her amazing and unlikely story.

I wasn’t sure if I should laugh or cry and I told her so.

“Right?’ she said, “When they say it will happen when you least expect it I sure as hell can’t disagree. I would never have thought the man I was going to fall in love with, the father of my children was weaving rugs three thousand miles away on the Yucatan Peninsula.”

So, there you have it. What can I tell you to follow that story? We spend so much time trying to control our lives when our destiny may be to board a plane, get on a chicken bus and ride a donkey cart into our future. Sometimes we need to trust our heart and allow ourselves the freedom to chase after life, like the lake breeze chases the cherry blossom’s petals. Sometimes we just need to believe and trust in the magic, that happens along the way. 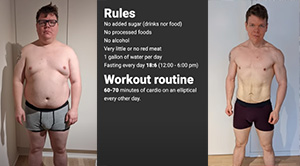