CHRISTOS THE OLD GREEK - A Tale From The Kalderimi 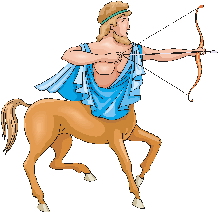 That Saturday it was really hot. Too hot to clean the paths, but we did it anyway. The noise from the cicadas in the olive trees surrounding us was deafening. I could hardly breathe. Sweat gushed from my face, my T-shirt was soaking wet and my hair looked as if I’d just stepped out of the shower. I stopped pulling the weeds from between the old stones and stretched my painful back.

‘You should take a break.’ Katherine shot me a warning glance. ‘Drink something and eat one of those salty spinakópitas I made. They’re in that basket over there, next to dear old Christos. This kalderimi has been here for hundreds of years, so there’s no need to hurry now.’

She was right, of course. I nodded, put down my cleaning gear and slowly walked back to the spot where we’d started this morning. Christos looked up when I approached; his friendly face wrinkled in concern. ‘Ah, you poor koúkla mou. You need water, yes?’ he asked in his thickly accented English as he quickly pulled a cold water bottle out of the cool box. Gratefully I accepted and sat down next to him, my back resting against an old olive tree.

‘You eat. Katarina made terrific spinakópita.’ He delved into the basket and came up with a tasty looking pastry which he carefully wrapped in a napkin before he gave it to me. ‘Here. You feel much, much better soon!’

While I ate and drank, Christos nodded and smiled at me, humming one of those enchanting Greek songs of which he seemed to have an endless repertoire. Although he was a dedicated member of our group, I didn’t know him well. He smiled and chuckled a lot, humming those Greek songs, sometimes guiding the team towards a new buried old route; always friendly, always helpful. But he never talked about his personal life.

Last year, when the Friends of the Kalderimi first started to restore the network of old footpaths of Pelion, he’d been sitting in the taverna at the square where the small group gathered. He’d listened carefully when Katherine had explained to the curious villagers that she and her husband wanted to open up the overgrown ancient donkey paths and that those who would like to join them were very welcome. ‘I’ll come with you,’ Christos had said, and since then he’d never missed one of our meetings, even though he must have been almost eighty. He was always there… except last week.

‘Christo,’ I said, when I’d finished eating. ‘Tell me. Where were you last Saturday? Were you ill? We missed you.’

‘Oh, that.’ He shrugged. ‘It was nothing, really. I had other things to do. Things I couldn’t avoid.’

‘But you’ve never missed a working party before,’ I insisted. ‘It’s so… unlike you.’

He made that typical Greek dismissal gesture with his hand. ‘It just couldn’t be helped. I intended to come, but, you see, my wife Maria… she’d died the day before and I had to go to her funeral.’ He gave me a sad smile. ‘She did it on purpose, you know: dying on a Friday. She’d been ill for months, could easily have died on every day of the week. But no, she decided to do it on a Friday, knowing very well that I had to attend her funeral the next day and couldn’t join the group.’

His big bushy eyebrows formed an angry scowl. ‘Me and Maria, we’ve been married for fifty three years. I loved her. I really did. But sometimes she could be…’ He mumbled something in Greek, scrambled stiffly to his feet and shook his finger at me. ‘You listen. Next time I won’t show up, it’s because I’m dead too. But don’t worry. I promise not to die on a Friday.’ He turned around and slowly walked back to his working spot, humming as always. But this time the melody that came from his lips trembled mournfully in the air.

A few weeks later we received news that old Christos had died. He kept his promise and died on a Tuesday, so we all went to his funeral and buried him next to his beloved wife Maria. I know it sounds strange, but since then, whenever we’re working on the old cobble stones and bramble bushes, opening up the ancient paths, I often hear a chuckle, and from far away a soft humming reaches my ear…