Small acts of kindness last forever in our memory.

In a recent Reddit post, someone shared a story of a random act of kindness by a stranger. The person said he hopes he will remember it forever.

"My son was probably 2 or 3 and we went to the mall for some reason. My son liked looking at displays and stuff. Well there was a model train set in a case that you could put $1 in and watch them go around for a while. I was pretty broke if I recall and never had cash on me regardless. He was content just looking at the display. A group of loud mall teens come through and go past. One of them comes back and puts a dollar in the machine and says 'I always like watching trains too' then hurries off back to his friends. My son lit up. I never would have expected that action from a stranger, let alone a teen with his friends in a mall."

In response to the heartwarming story, people are sharing the stories that they still remember well when someone showed them true kindness. 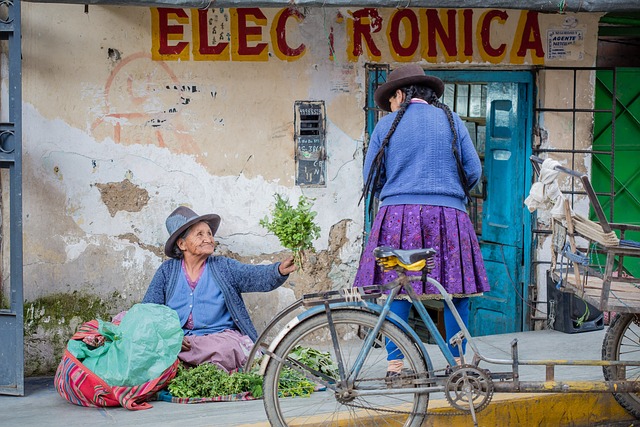 "I still remember the cashier in a convenience store that took out her own money (mine was not enough) to pay for my gallon of milk and even gave me snack with it too, as a kid, I was dirt poor and went out to buy a milk with my left over money. It been 20 years and I still remember her to these day."

"I was in my work uniform, freshly homeless, counting coins to try and get something in my stomach at Burger King before my shift. Now, I had some advantages, changes of clothes, a job, a car to sleep in, and a shower at a friend's place I could use. Payday was the next day, so I'm not in a terrible way, but still haven't eaten for almost a day here. A much more obviously homeless man came up beside me as I'm counting and said to me 'What are you getting?' I said 'I'm not sure yet, go on ahead of me.' He said 'Nah man, I got you. What are you getting?' I was stunned. This man was clearly in a worse situation than me and was offering to pay for me. I tried to stop him honestly. 'What? No man, I can't do that, payday is tomorrow ill be fine,' He stopped me and said 'Look man, you get paid tomorrow, but you NEED to eat today. Come on have breakfast with me.' I sat with him and his wife and had breakfast. They were wonderfully kind to me. I'm not homeless anymore, but I ran into him the other day and was able to buy him lunch."

"I was at a local grocery store, and at the time I was struggling with depression. Self-loathing was a big part of it, and I hated the way I looked. Well, I'm walking to a particular aisle, and this random girl, I'd say around my age at the time, stops me and tells me 'You're so pretty!' in the most happy, genuine tone I've heard a stranger use. I stammered out a thank you, ducked behind a different aisle and nearly cried. Wherever you are, grocery girl, thank you. You definitely made me happier, and there isn't a day I think about your comment."

"This one time I lost my job and was walking home from work for the last time. Some random dude on the street noticed I looked sad and offered me $5. I gratefully accepted it, told him what had happened, gave him a hug, and went home. I don't even remember the guy's name."

"Guy gave my car a boost and said pass it on as someone did it for him."

"I remember I went on a 5-day bike tour (sleeping in a tent and all). I had gone bankrupt on my self-employment and needed to get back on my feet, working super hard to achieve it. The bike trip was planned for a year ahead, and I really needed the time off to recover and get my head clear. One day I sat on a park bank for lunch and a 80-ish year old man came by with his bike to sit beside me. We started talking and instantly got to like each other. He asked me if I was going to take a certain ferry that would be crossing my way on the next day. I told him no, because I set myself the goal to spend 0€ on the whole tour. He asked why and I told him my story. He was deeply moved, reached into his pocket, gave me 20€ and told me to take that ferry, as it was supposed to be a wonderful experience and to eat something nice at my destination. This helped me tremendously to overcome the bitterness and anger in my heart. After the tour I continued to strive to get into another paid job, working harder, than would have been healthy. But I did so without the anger, which was totally different for me."

"When I was a kid my mom was driving us home from school in the winter and we drove by a homeless man passed out in a snowbank with jeans and a leather jacket. My mom immediately pulled over, got him up, gave him her warmest pair of gloves and knocked on the neighbours door to call an ambulance. In the grand scheme of things, a pair of gloves is nothing to help someone in need. I was just young and they were like really really nice gloves and I learned that when faced with a chance to help don't ever hesitate."

"I was at a hotel for the weekend of Thanksgiving; I'd spent Turkey Day with Mom and Grandma and wanted to do something different for myself the first night I was eating dinner alone in the hotel's restaurant, perfectly comfortably with a journal I was writing in. Toward the end of my meal, the waiter came up and told me the young couple who had been sitting across the way had paid for my dinner! They had been able to get tickets to a show they wanted to see, and they were free, so they wanted to do something nice for someone else."

"I moved to a whole new neighborhood in 5th grade. A neighborhood kid came by and asked if I could hang out. He even helped fixed my broken scooter. He knew wha it was like to be the new kid and it has continually moved me all these years later."

"One time in year 7 I was at the bus stop and they changed the timings so I had to wait an hour till my bus. I looked in my wallet to see if I had change to get a snack at the lolly shop in the station but I didn't have anything. As I went to sit back down this guy in year 12 comes up to me and goes 'I saw that you didn't have any money so here is 50c for a lollipop'. I never saw him again but tiny me was forever grateful!"

"I stopped at Serbia - Hungary highway border for WC, it was 2€, I did not have it. Started searching the car and I was suuuper desperate. At the point, I give up and was about to go, a tall blond guy gives me 2€ and goes away without waiting even for me to thank him. 2€ and I will never forget this man in my life."

"A small girl in south Korea 2002, Gifted me a little bunny at McDonald's. My heart blesses her till today."

"I was really ill for a year or so, and finally got to a doctor, and they said they needed a biopsy, I was alone and 19 in the big city. They did the stitches, and this doctor was on the opposite side of the city. It was raining, I was crying, knowing I didn't want to make the subway exchanges. A guy driving a limo pulls up and I'm like, no, I can't and he's all 'get in' and drives me home. I tried to give him money and he said 'just go inside and take care of yourself'."

"My wife was near death in a hospital once (she survived), and the elderly nurse who kept me updated on her progress suddenly during one of her updates lowered her voice and muttered 'oh you have such a sweet smile.' I will carry that with me for the rest of my days."

"My daughter lost the large bouncy ball she won at Chuck E Cheese because she set it down somewhere. We had to leave because her brother was getting fussy. As we are checking out a 10 year old girl comes running up with a large bouncy ball from the machine, hands it to my 5 year old and says 'I heard she lost hers so I wanted to see if I could win her one'. I practically died."