Dolly Parton Is Making A Rock Album, Wants Led Zeppelin And Others On It

Even after rejecting her first nomination, Dolly Parton will be inducted into the Rock & Roll Hall of Fame after all. 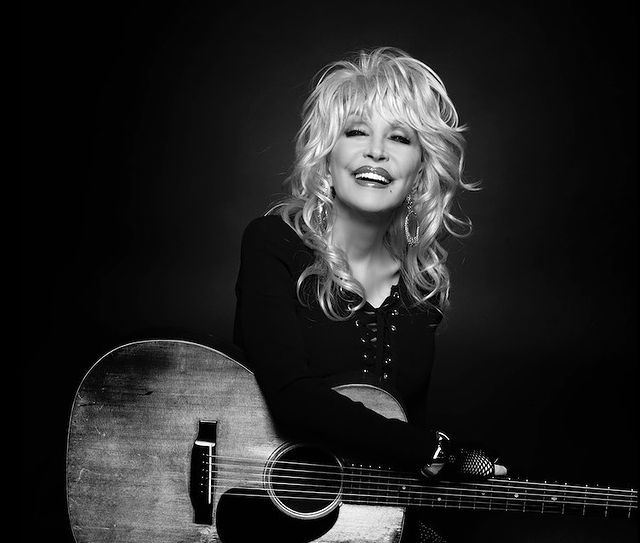 In addition to Parton, Pat Benatar, Duran Duran, Eminem, Eurythmics, Lionel Richie and Carly Simon make up the class of performers who will be inducted.

Now, at 76 years young, Dolly is working on an official "Rock & Roll" record.

She said in an interview with PollStar:

"When I got nominated for the Rock & Roll Hall of Fame, I thought 'Well, no better time to do it.' I had always wanted to do it. My husband is a big hard rock 'n' roll fan, and for years I thought, 'One of these days I'd like to do an album mainly just for him, just to kind of do it.' When I got nominated, I thought, 'Why not just go ahead and do it while the iron's hot? Maybe have some of the greats, the legends of rock ‘n' roll sing along with me'."

Dolly added that she plans to have some of the "legends" of rock & roll sing on the album with her, including Led Zeppelin's Robert Plant and Jimmy Page.

"Maybe have some of the greats, the legends of rock & roll sing along with me," she said in the interview. "I'm trying to see if Robert Plant might sing on it. Maybe Jimmy Page might do the pick-up part on it. I'm looking forward to dragging in some of the great classic people, girls and boys, to sing on some of the songs."

Dolly has already been inducted into both the Gospel and Country Hall of Fame, but she was hesitant about being inducted into the Rock & Roll Hall of Fame. In March she withdrew her nomination because she did not think she earned it, and did not want votes to be split because of her.

Now she is going to make sure it's "earned" by her own standards.

"I have to honestly say, I'm very grateful and honored, but I'm also the kind of person – I had to do a rock album, because if I'm going to be in the Rock & Roll Hall of Fame, I'm going to by God earn it!" she said, laughing. "That's my attitude toward it. There's no way I'm not going to do an album, so people can see that I could and can do it."

Read the full interview on PollStar.