Someone posted a photo of their cat standing up on his hind legs and explained that the cat does this every time he hears bell noises. 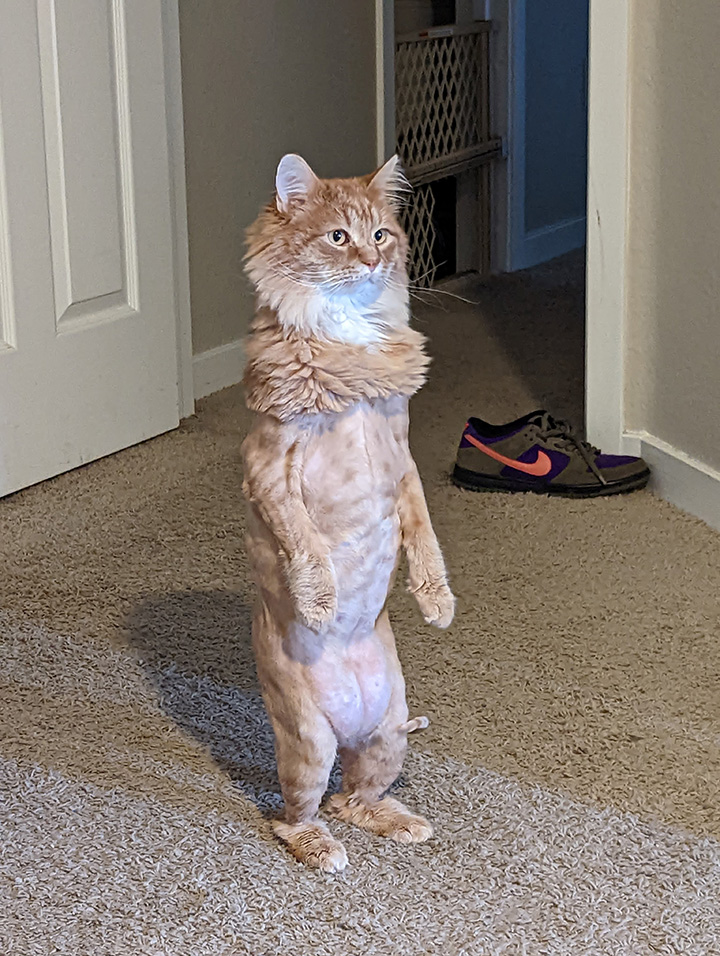 The silly picture has garnered nearly 60,000 upvotes on Reddit.

When asked about the "unfortunate haircut", the cat's owner said that he rescued him from the pound last year and he was matted with "like 6 inches long hair down to the floor."

So, he had a lot of the hair shaved off.

"He reacted very well to the first cut. He actually became more playful. So I do it during the warm weather seasons."

"The frontbutt on this guy is magnificent." 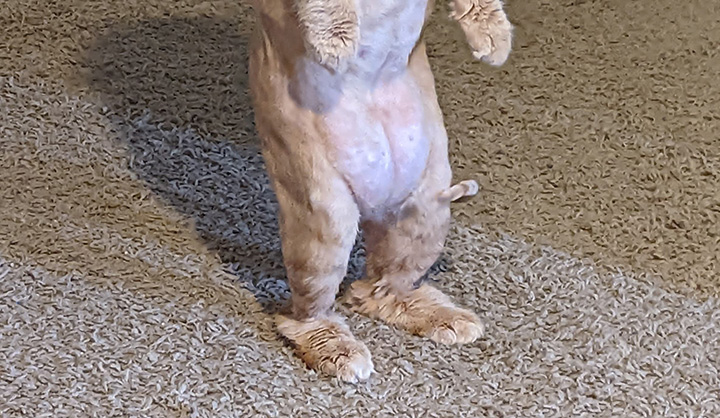 "Look at his little shoes."

"That's three kittens in a trenchcoat."

"My favorite part of this picture is his little tail curling around at his left kitty cat knee."