The Dogfather Adopts Orphaned Ducklings For The Third Time

A 15-year-old Labrador retriever named Fred has become the foster parent to orphaned ducklings for the third time in 5 years. 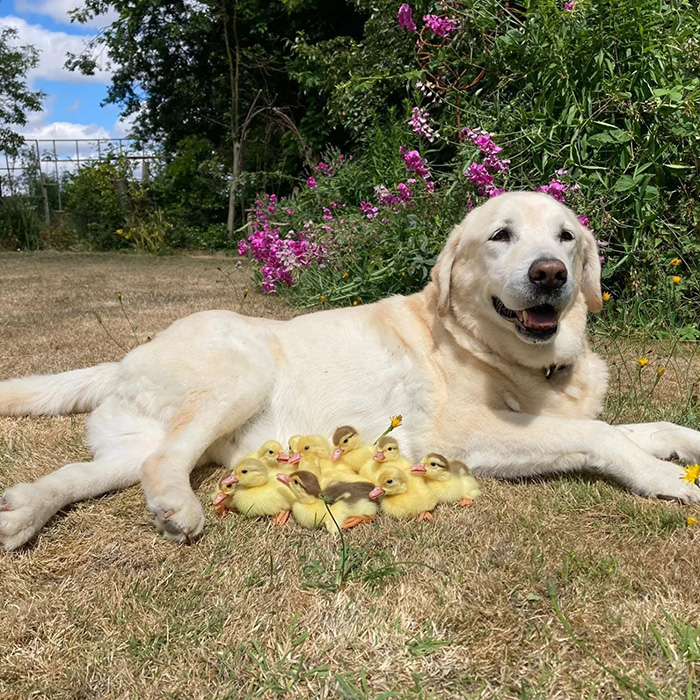 Fred may not look the part, but he is an experienced duck father.

In 2018, Fred acted as a surrogate parent to nine orphaned ducklings. A year later he fostered 14.

Mountfitchet Castle in Essex, England — where Fred is the resident dog — posted the story in 2019:

"Fred, the famous Labrador dog is not ducking out of his duties as he again steps in to foster seven day-old ducklings. The mother, a Muscovy duck, had fourteen babies but for some reason left half of them behind in the nest when she wandered off to the nearest pond with the other half of the ducklings dutifully following along behind her.

11 year old Fred became famous last year when he fostered nine orphaned ducklings and baby sat them until they were old enough to be integrated into the safety of the medieval castle grounds with all the other animals that roam freely within the 10 acre site." 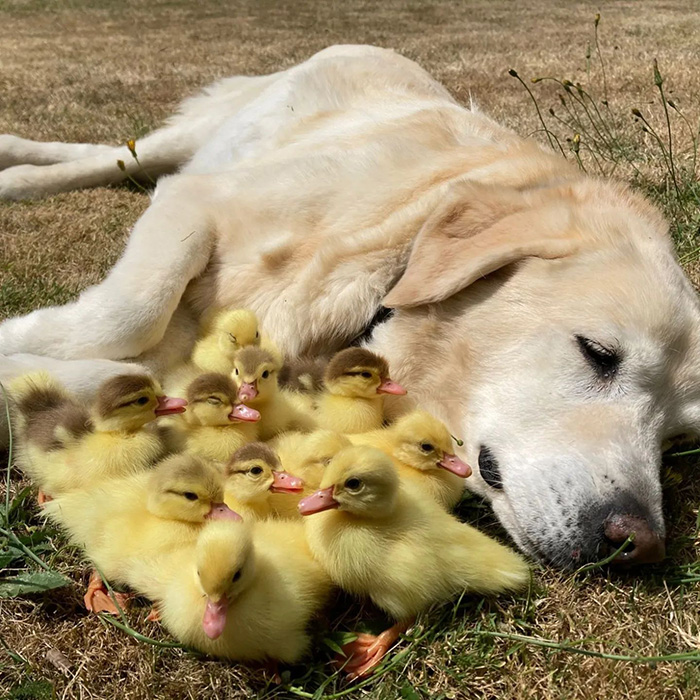 Now, in 2022, the senior dog has become the proud father of 15 orphaned ducklings.

The ducklings were left orphaned after their mother mysteriously disappeared from the castle's grounds overnight. Fred has since decided to take over the role by keeping an eye on the baby birds, taking them for rides on his back, and cuddling with the ducklings. 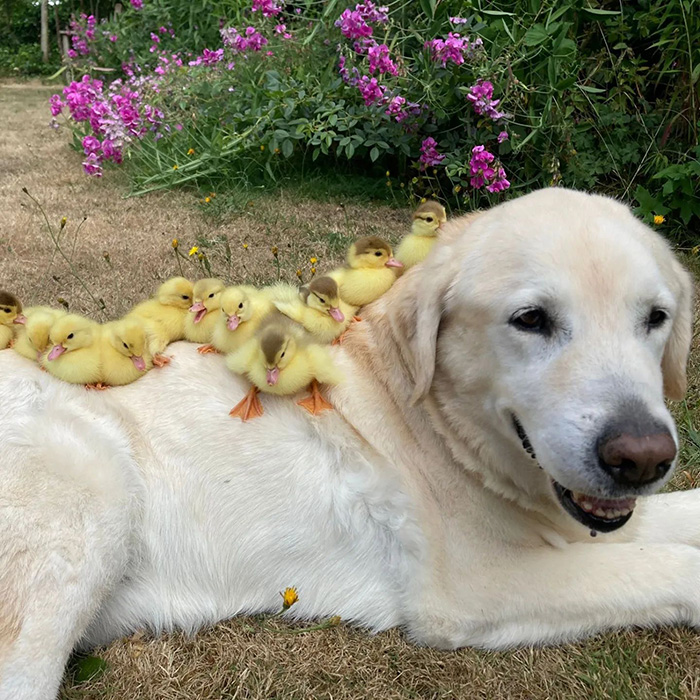 The ducklings are expected to remain with Fred at the castle until they're old enough to survive on their own.

"He's doing a wonderful job and the ducklings are all doing well," Mountfitchet Castle said on July 6.