Kurt Vonnegut was an American author who published 14 novels, three short story collections, five plays, and five nonfiction works, while further collections have been published since his death in 2007. 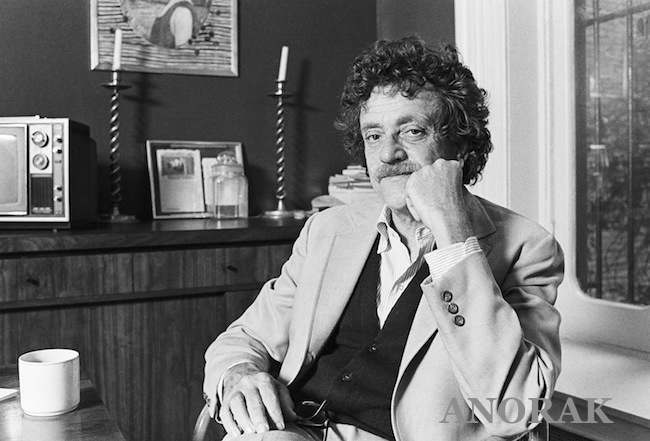 Vonnegut dropped out of Cornell in 1943 to enlist in the U.S. Army and served in World War II.

This is a letter that Vonnegut wrote in 1967 to the draft board in regards to his son, Mark, who was a conscientious objector during the Vietnam War.

My son Mark Vonnegut is registered with you. He is now in the process of requesting classification as a conscientious objector. I thoroughly approve of what he is doing. It is in keeping with the way I have raised him. All his life he has learned hatred for killing from me.

I was a volunteer in the Second World War. I was an infantry scout, saw plenty of action, was finally captured and served about six months as a prisoner of war in Germany. I have a Purple Heart. I was honorably discharged. I am entitled, it seems to me, to pass on to my son my opinion of killing. I don't even hunt or fish any more. I have some guns which I inherited, but they are covered with rust.

This attitude toward killing is a matter between my God and me. I do not participate much in organized religion. I have read the Bible a lot. I preach, after a fashion. I write books which express my disgust for people who find it easy and reasonable to kill.

We say grace at meals, taking turns. Every member of my family has been called upon often to thank God for blessings which have been ours. What Mark is doing now is in the service of God, Whose Son was exceedingly un-warlike.

There isn't a grain of cowardice in this. Mark is a strong, courageous young man. What he is doing requires more guts than I ever had—and more decency.

My family has been in this country for five generations now. My ancestors came here to escape the militaristic madness and tyranny of Europe, and to gain the freedom to answer the dictates of their own consciences. They and their descendents have been good citizens and proud to be Americans. Mark is proud to be an American, and, in his father's opinion, he is being an absolutely first-rate citizen now.