A woman in Florida recently snapped a gorgeous photo of a rare "fire rainbow". 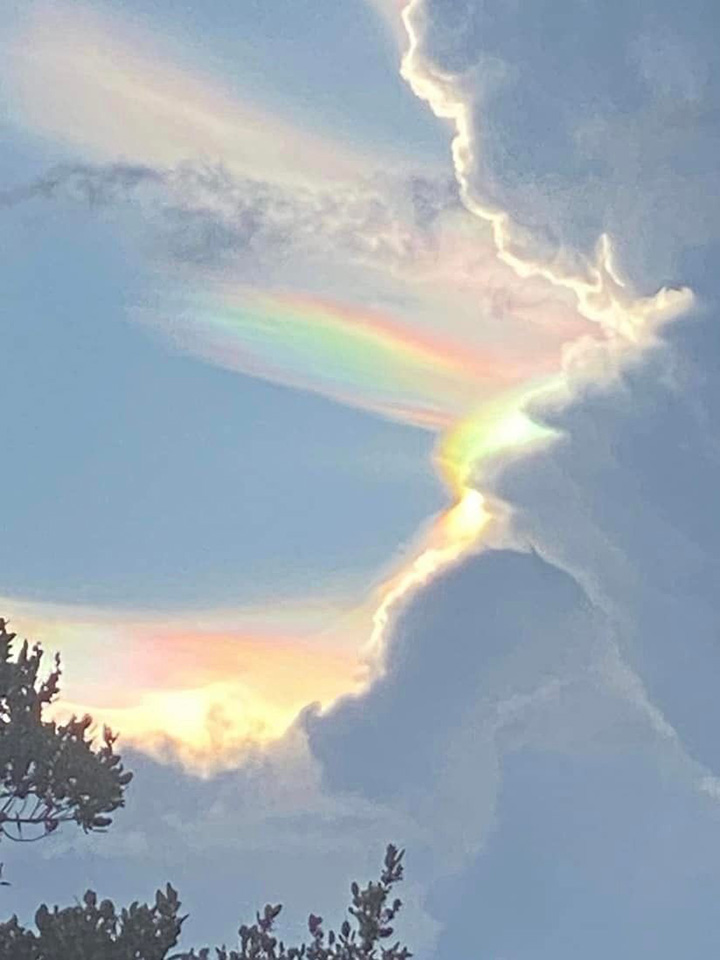 Angela Capece of Coconut Creek, FL, captured the colorful scene in the sky and posted it to Facebook.

The effect, also called iridescent clouds, comes about promptly after thunderstorms. Water droplets form at the top of cumulus clouds as they cool, and then those drops become prisms for the fire-shaped rainbow that forms in the clouds.

Even when all other factors align, the sun still has to be exactly 58 degrees above the horizon in order to hit the prisms just right.