They measured her and quickly released her back into the river. 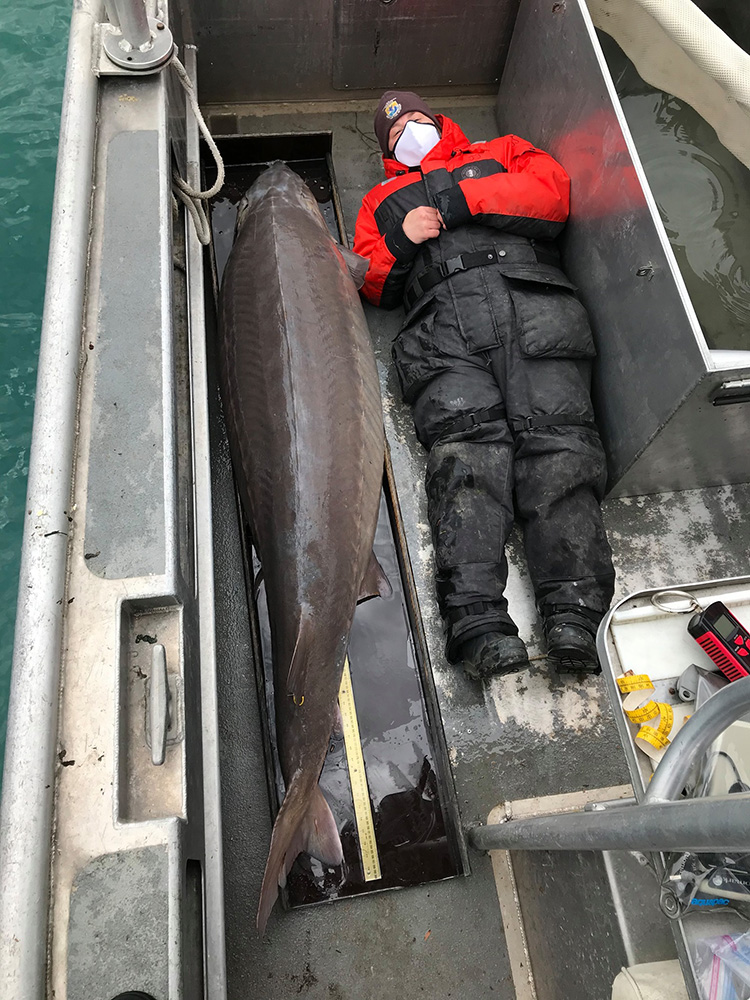 "A once in a lifetime catch for our Detroit River native species crew last week!" the Alpena Fish and Wildlife Conservation Office wrote.

"This real life river monster was tipping the scales at 240 lbs, measuring 6'10" long, and a girth of nearly 4'. Caught in the Detroit River, this fish is one of the largest lake sturgeon ever recorded in the U.S. Based on its girth and size, it is assumed to be a female and that she has been roaming our waters over 100 years. So, she likely hatched in the Detroit River around 1920 when Detroit became the 4th largest city in America."

The lake sturgeon, also known as the rock sturgeon, is a North American temperate freshwater fish, one of about 25 species of sturgeon. Like other sturgeons, this species is an evolutionarily ancient bottom feeder.