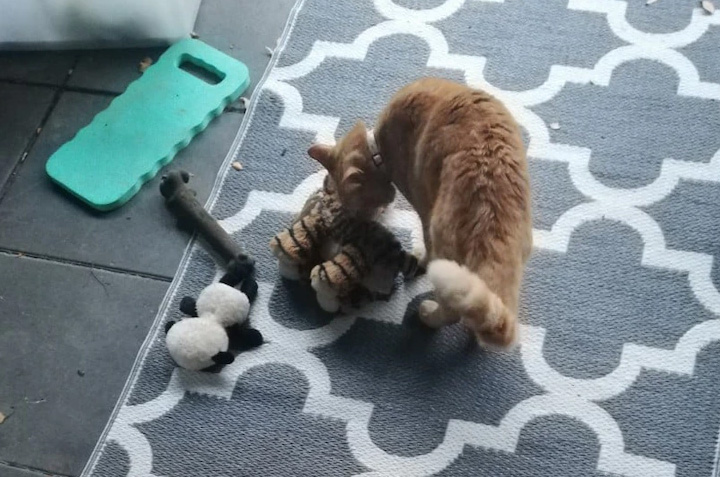 Last March, Kay McCall and her husband were moving into their Ferny Hills home when a cat popped over the fence for a pat and quickly became a daily visitor.

One day the McCalls noticed a few toys in the backyard. Then another, and another.

For months, the McCalls enjoyed waking up each morning to discover what the cat had brought them.

After accumulating an entire table full of gifts, Kay posted photos of the cat's haul to a local community Facebook group. 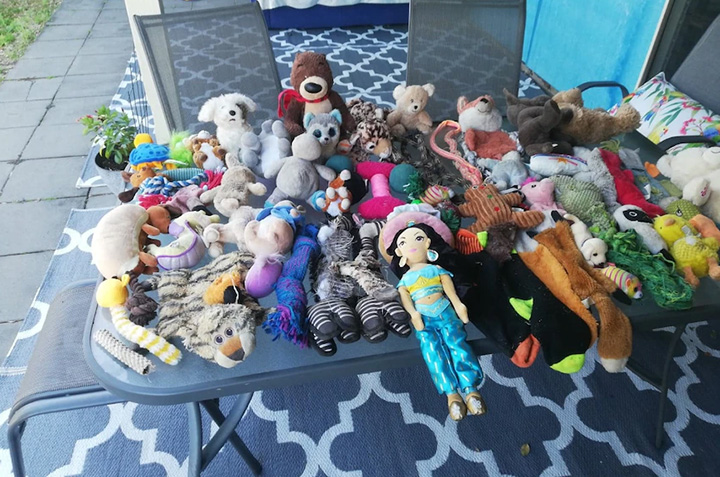 As it turned out, the McCalls were not the only home visited by the Pirate Kitty. Dozens of residents commented that he had brought them toys, too.

"Everyone fell in love with him on the spot, and he sort of became … a community icon," Kay said.  "There was actually a sense that he was the community's pirate cat."

Eventually, she managed to track down the cat's owners and established it had a loving home. However, just before Christmas, the Pirate Kitty's owners decided they could no longer keep their pet safely, and asked Kay to help find him a new home.

Ingrid Moyle, a resident who had been following the Pirate Kitty's adventures, said her family "had a lot of geriatrics pass in the last few months, so we had a kitty-sized hole in our hearts".

She happily adopted the Pirate Kitty. 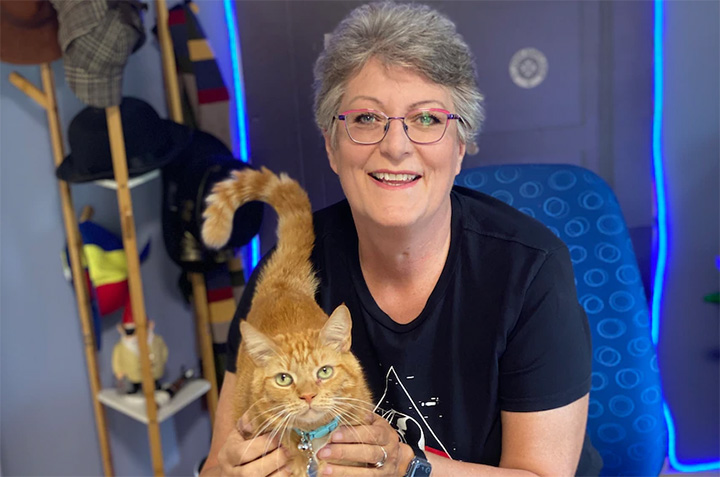 Now fully settled into his new home, the Pirate Kitty remains inside but continues to entertain fans as Ingrid still shares photos and stories of his exploits to the community Facebook page.

The McCalls and other families now visit him at his new home.