Lisette Oropesa, an American soprano, decided to sing "La Traviata" as an encore when she performed in Italy.

However, the opera number has a tenor part, and she did not have a tenor on stage. Liu Jianwei, a student and opera fan, happened to be in the audience. He boldly stood up and sang the tenor part.

Oropesa's reaction when he starts singing is priceless.

After the performance went viral on Chinese social media, Jianwei took to Weibo to say: "I stood up to sing because Lisette Oropesa is a musician I love very much and I happened to have learned this opera before."

However, he added he would not risk pulling a stunt like this again and apologized for doing it. 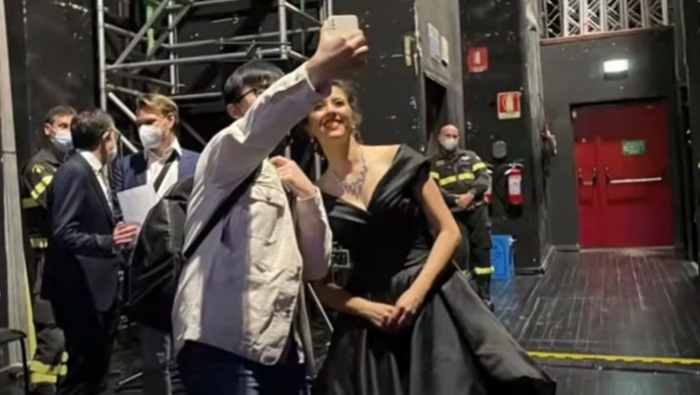 "Please don't interrupt singers when they are singing on stage. It's impolite behaviour. Don't imitate me and I will never do this again in the future." 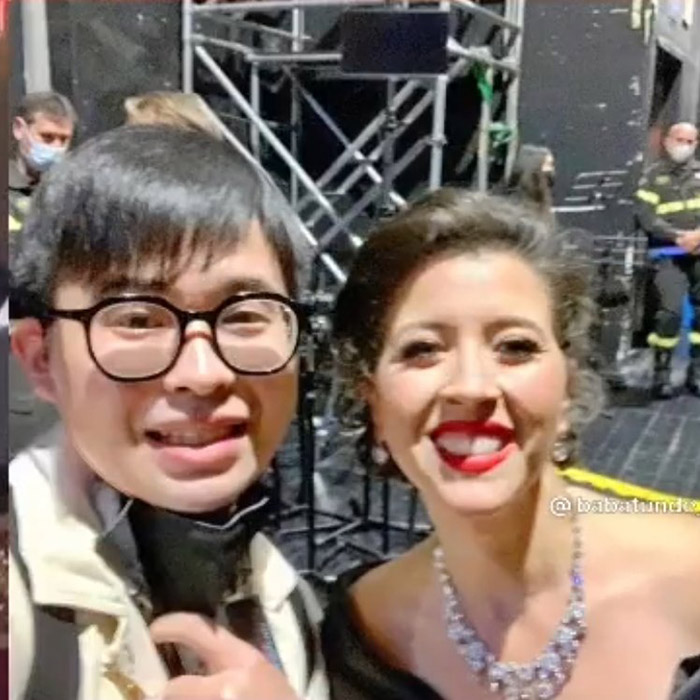 After the concert, Jianwei went to apologize to Oropesa, who appeared entirely grateful to her impromptu duet partner – giving him her autograph and taking photos with him.

See more footage from the surprise duet below.