Deer Hunter In 'Middle Of Nowhere' Finds Sword In Stone

A deer hunter in California found a sword in stone in "the middle of nowhere". 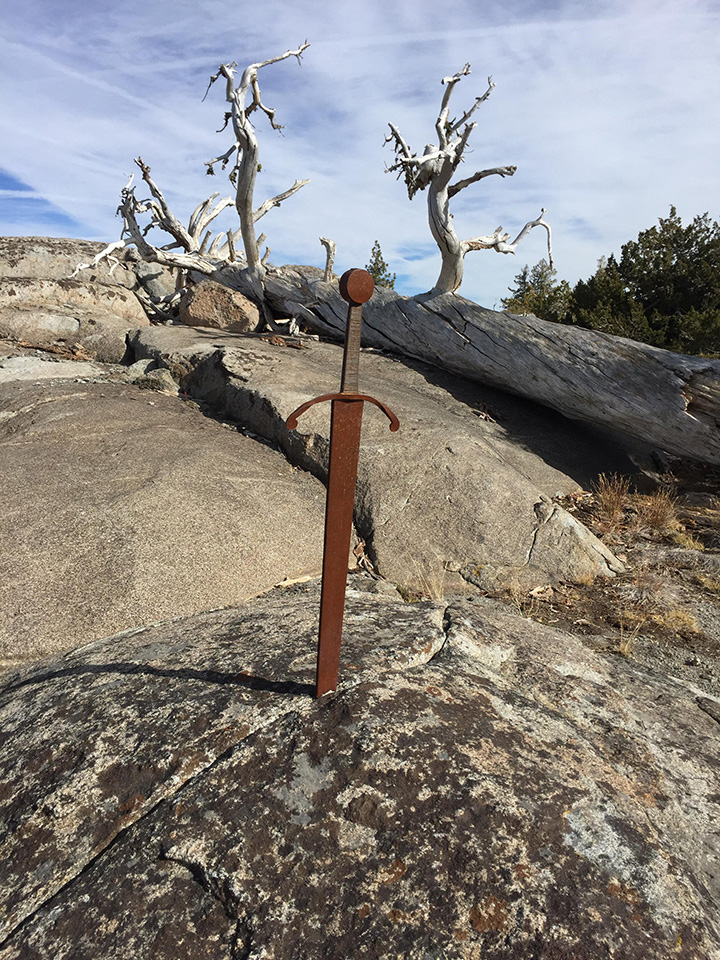 It turns out he is not the true king of England -- or California.

He attempted to pull the sword out of the stone but "it didn't budge," the hunter said.

Though he posted the photo yesterday, he said it was taken a few years ago.

"I found this a few seasons ago during deer season... Yes, I tried hard to pull it out to no avail. The location is Sierra Nevadas in Northern CA. It is a pretty stout sword. One of the coolest things I have come across up there."

According to folklore, a young Arthur alone was able to draw the sword out of a stone in which it had been magically fixed.

On the blade read: "Whoever pulls out this sword from this stone is the true king of England!"

King Arthur went on to become a legendary British leader who, according to medieval histories and romances, led the defense of Britain against Saxon invaders in the late 5th and early 6th centuries.