Police Broke Up An Exorcism At A Pennsylvania Home Depot Store

Police in Pennsylvania broke up an exorcism in the lumber aisle of a Home Depot store on Monday. 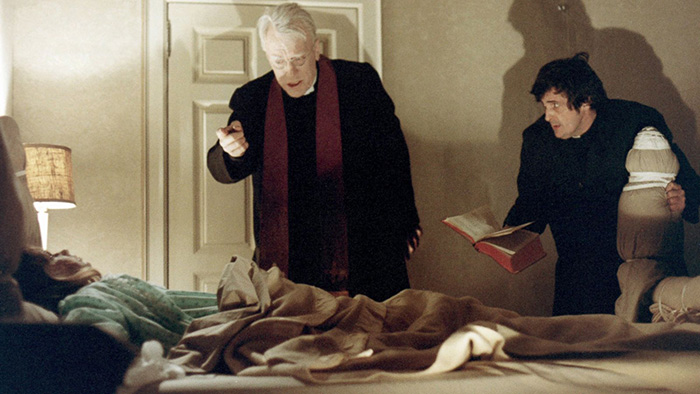 The exorcism in this case was for trees and it took place at the Home Depot in Dickson City.

Details are scarce on just what was going on inside the store, but police were called around 3:26 p.m. to escort several people out of the store for "bad behavior".

"3:26pm Commerce Blvd. @ Home Depot for disorderly people having an exorcism in the lumber aisle for the dead trees. They were escorted out of the building."

Hundreds of comments on the post begged for more details. 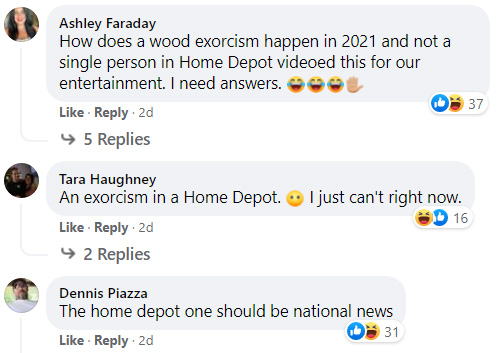 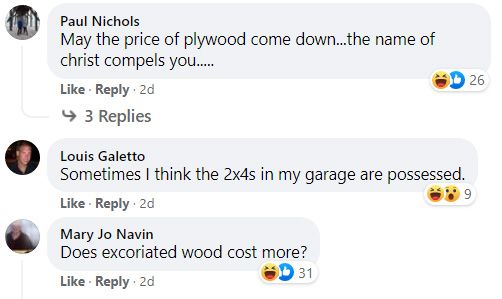 There is no indication the incident had anything to do with the price of lumber and no charges were filed.