Jennifer Rocha celebrated her college graduation with a photo shoot that honored her parents and the sacrifices they made for her. 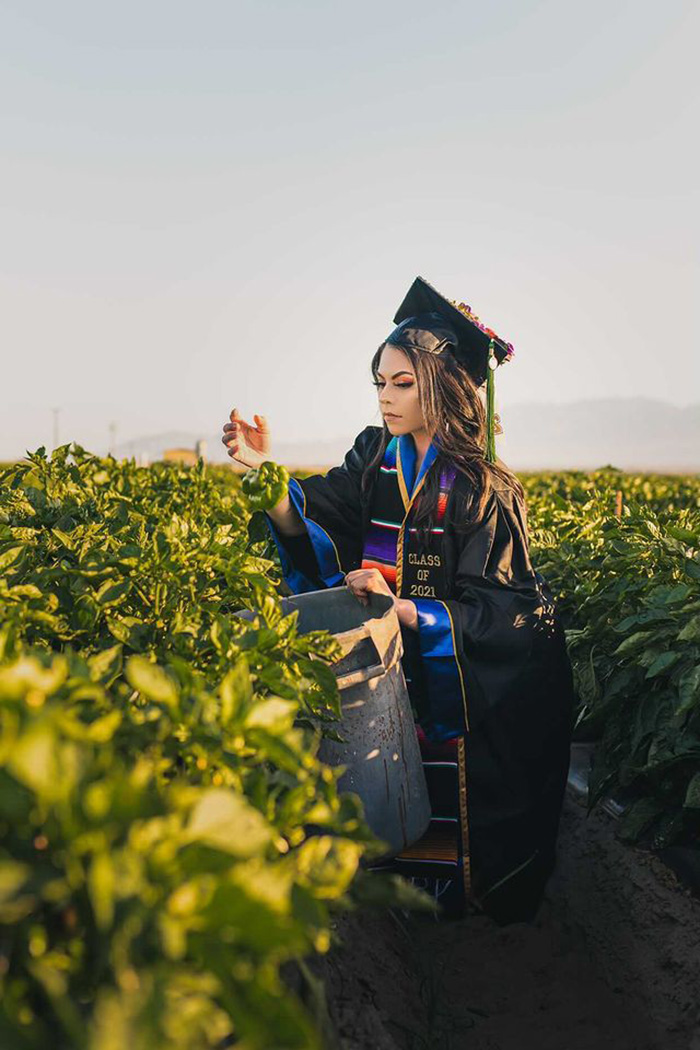 Rocha, 21, graduated from UC San Diego with a degree in sociology. She contacted local photographer Branden Rodriguez and asked if he could do her graduation photo shoot in the fields where her parents and she had worked extensively for many years. 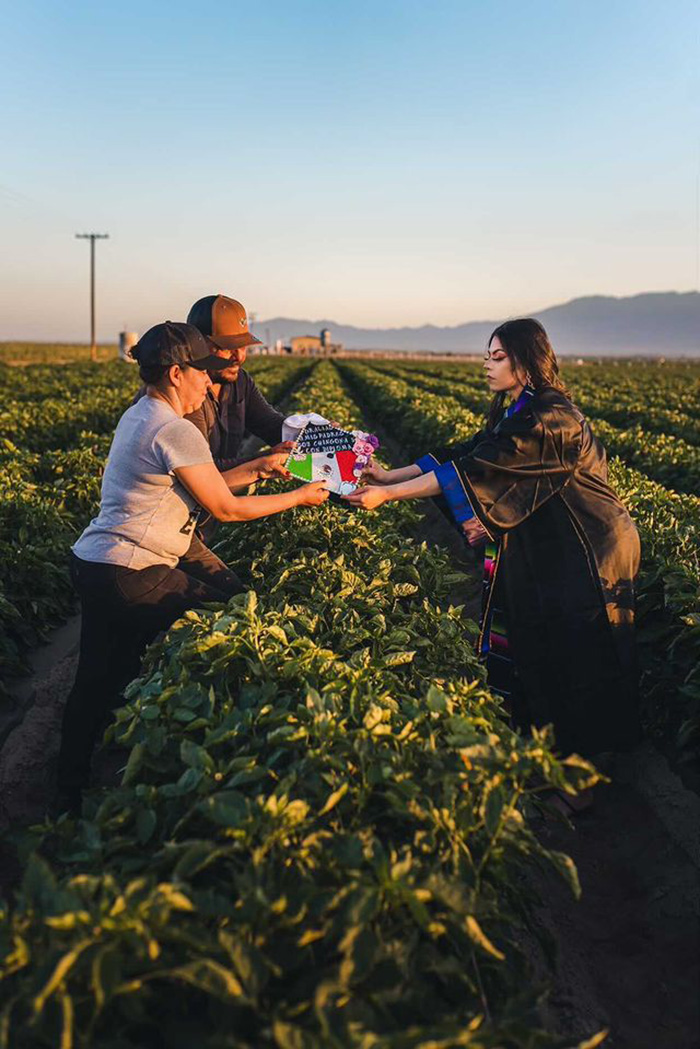 "As a high schooler, my parents told me that the only way I was going to be able to understand how important it was to pursue a higher education was to work as a migrant field worker. My parents came from Michoacan, Mexico and were not fortunate enough to live their dreams of pursuing a higher education and obtaining the dream career they desired.

When I first started working in the fields, I would get off from school, straight to cross country practice, run miles and miles and then get picked up by my dad to go work in the fields overnight. We would plant strawberries, get off at around 2-3 am and wake up at 5am to get ready, or else I would miss the city bus. I admired the workers because they kept working despite backaches while flies, mosquitos, and bugs kept roaming their faces, getting into their eyes. Nobody thinks about nor sees what happens behind a vegetable you grab at the grocery store. But behind it is someone who breaks their backs every day working in the fields." 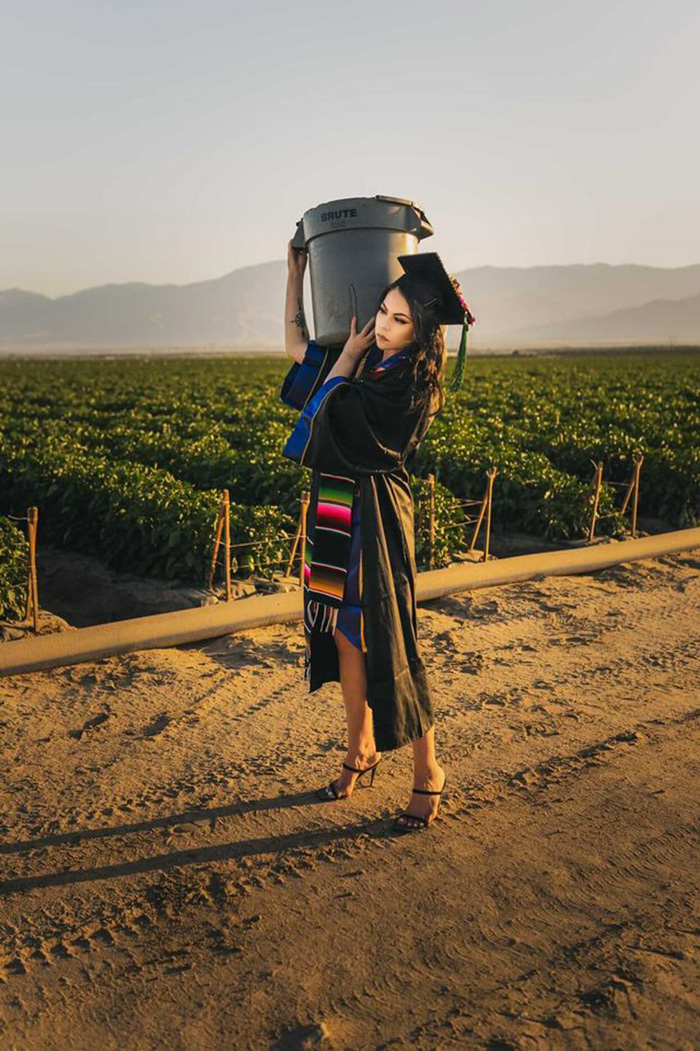 "I continued working in the fields even after I had left for college on weekends or on breaks even though I had a job with UCPD. I wasn't able to dorm at school because my parents couldn't afford it, so I had to commute from far distances like Oceanside and Lakeside. Having to work two jobs, commute, and go to school at the same time was a struggle. Many times I wanted to give up, but my parents and their pieces of advice and support were the reason I kept going.

If it wasn't for how my parents raised me I don't know who I would be today. Coming from a field worker background has motivated me to work hard as my parents took my sisters and I to the fields in order to understand how difficult labor is.

Working in the fields builds and molds a different type of character. A character that does not give up, and one with resilience and strength to withstand the hazards that come from that job." 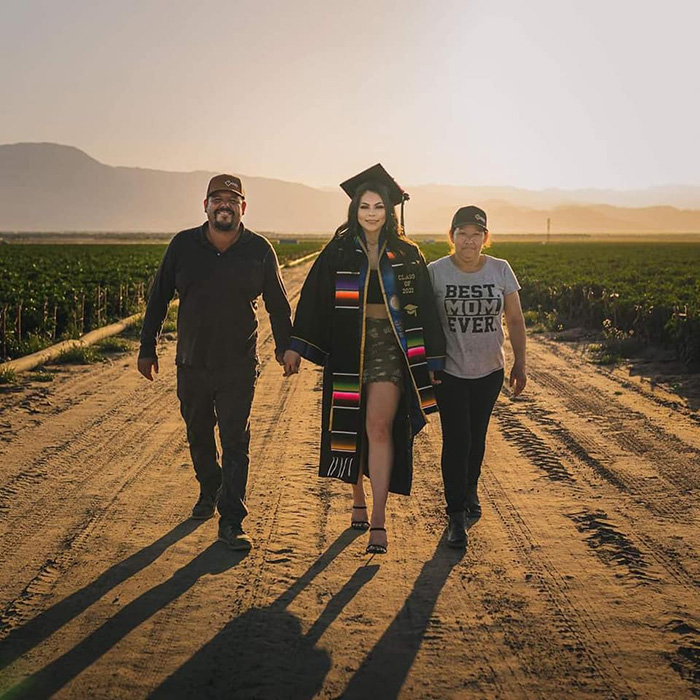