The owner of a chocolate lab named Farley feels his many facial expressions are being "under-utilized".

So, she posted a collage of the many faces of Farley.

"Does this dog have potential to bring joy?" she wrote. 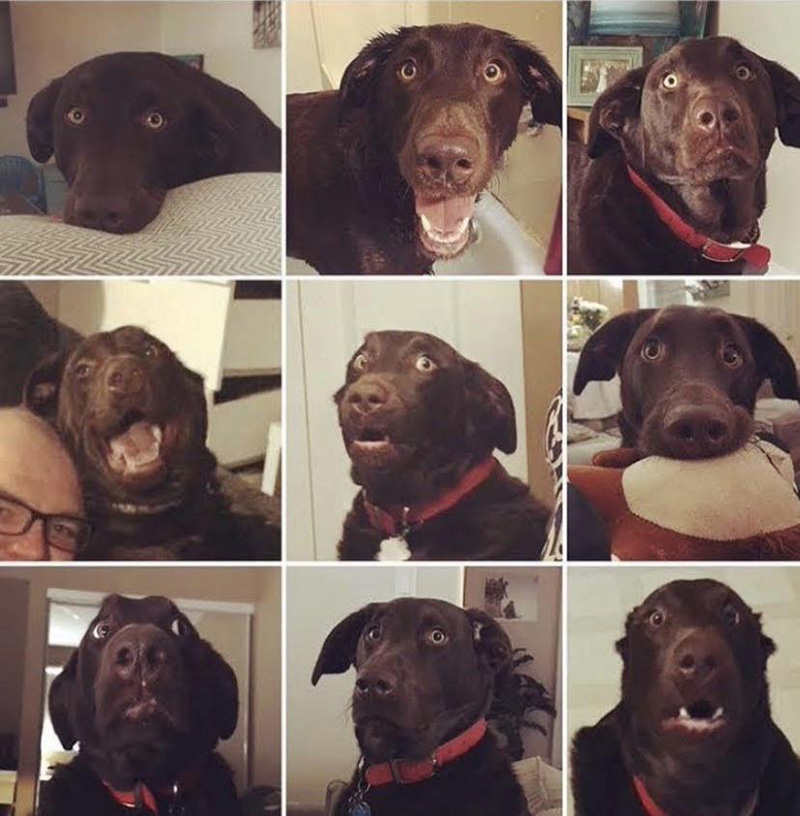 "Oh my gosh these facial expressions are hilarious! What a good boy indeed!" another user commented.

It turns out that dogs have not always been able to convey a range of expressions through their eyes. This is something that has happened due to growing up and evolving with humans.

According to a recent study, researchers have discovered a key factor that separates wolves from dogs, involving two specialized facial muscles that evolved after they were domesticated by humans.

Dogs are able to raise the inner eyebrow intensely, while wolves are not, and behavioral data shows that dogs can also produce eyebrow movement significantly more often and with higher intensity than wolves can.

Eye contact between humans and dogs are crucial for social interaction between the species, the study states, adding that dogs establish eye contact with humans when they cannot solve a problem on their own. Eye contact also helps dogs determine whether communication is relevant and directed at them, as dogs tend to ignore human pointing gestures when the human's eyes are not visible.

The idea that dogs developed additional facial muscles as part of growing up with humans only makes me love them more.