Ned Forney is a writer and Marine veteran who wrote a touching story about Academy-award winning actor Jimmy Stewart and his role in It's A Wonderful Life as well as his service in the US military.

"It wasn't until I started researching his story in more detail that I discovered Stewart was much more than a great actor and American," Forney wrote on his website.

Forney posted Stewart's story on his Facebook page which has reached millions of people and says it's "a testament to the enduring respect and admiration people have for the Hollywood actor and American patriot." 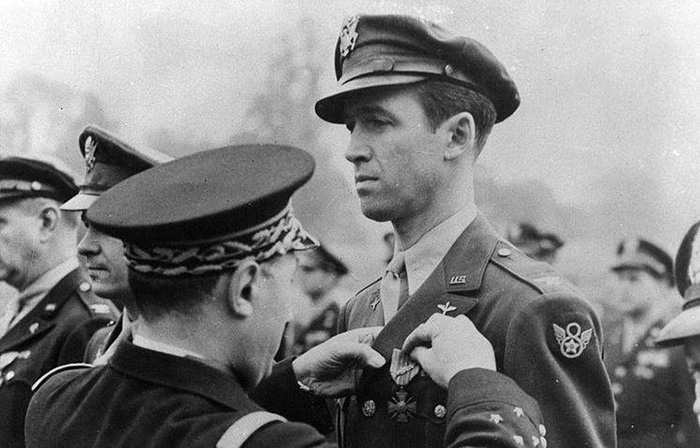 This is what Forney wrote:

"For all the fans of It's A Wonderful Life and Jimmy Stewart...

Just months after winning his 1941 Academy Award for best actor in The Philadelphia Story, Jimmy Stewart, one of the best-known actors of the day, left Hollywood and joined the US Army. He was the first big-name movie star to enlist in World War II.

An accomplished private pilot, the 33-year-old Hollywood icon became a US Army Air Force aviator, earning his 2nd Lieutenant commission in early 1942. With his celebrity status and huge popularity with the American public, he was assigned to starring in recruiting films, attending rallies, and training younger pilots.

Stewart, however, wasn't satisfied. He wanted to fly combat missions in Europe, not spend time in a stateside training command. By 1944, frustrated and feeling the war was passing him by, he asked his commanding officer to transfer him to a unit deploying to Europe. His request was reluctantly granted.

Stewart, now a Captain, was sent to England, where he spent the next 18 months flying B-24 Liberator bombers over Germany. Throughout his time overseas, the US Army Air Corps' top brass had tried to keep the popular movie star from flying over enemy territory. But Stewart would hear nothing of it.

Determined to lead by example, he bucked the system, assigning himself to every combat mission he could. By the end of the war he was one of the most respected and decorated pilots in his unit.

But his wartime service came at a high personal price.

In the final months of WWII he was grounded for being 'flak happy,' today called Post Traumatic Stress Disorder (PTSD). When he returned to the US in August 1945, Stewart was a changed man. He had lost so much weight that he looked sickly. He rarely slept, and when he did he had nightmares of planes exploding and men falling through the air screaming (in one mission alone his unit had lost 13 planes and 130 men, most of whom he knew personally).

He was depressed, couldn't focus, and refused to talk to anyone about his war experiences. His acting career was all but over.

As one of Stewart's biographers put it, 'Every decision he made [during the war] was going to preserve life or cost lives. He took back to Hollywood all the stress that he had built up.'

In 1946 he got his break. He took the role of George Bailey, the suicidal father in It's A Wonderful Life. The rest is history.

Actors and crew of the set realized that in many of the disturbing scenes of George Bailey unraveling in front of his family, Stewart wasn't acting. His PTSD was being captured on filmed for potentially millions to see.

But despite Stewart's inner turmoil, making the movie was therapeutic for the combat veteran. He would go on to become one of the most accomplished and loved actors in American history.

When asked in 1941 why he wanted to leave his acting career to fly combat missions over Nazi Germany, he said, 'This country's conscience is bigger than all the studios in Hollywood put together, and the time will come when we'll have to fight.'

This weekend, as many of us watch the classic Christmas film, It's A Wonderful Life, it's also a fitting time to remember the sacrifices of Jimmy Stewart and all the men who gave up so much to serve their country during wartime.

We will always remember you!" 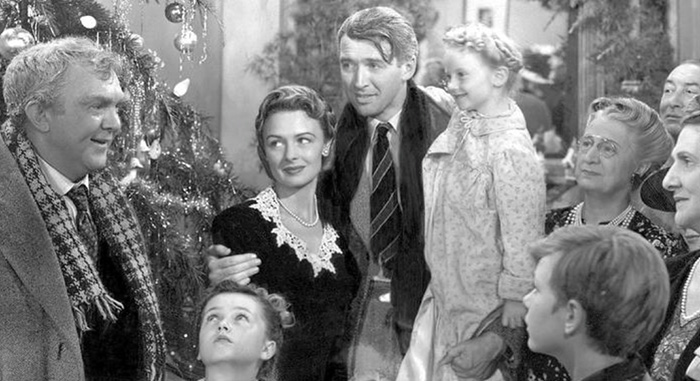 It's A Wonderful Life

Additional fun facts about the film from IMDB:

"While filming the scene in which George prays in the bar, James Stewart was so overcome that he began to sob. Frank Capra later re-framed and blew up the shot because he wanted to catch that expression on Stewart's face. This is why the shot looks so grainy compared with the rest of the film."

"During the bank run scene, director Frank Capra rehearsed the scene between James Stewart and Ellen Corby several times. When Corby's character was asked how much money she needed, she replied $17, which was in the script. Just prior to the first actual take, Capra took Corby aside and told her to give Stewart an odd number, thinking it would be funnier. When she said '17.50' to Stewart, he was taken off-guard and impulsively kissed her, which was not in the script. Stewart's spontaneous reply was so genuine that Capra left the scene in the final film."

Celebrities Remade 'The Princess Bride' From Scratch During Quarantine