A trail camera captured photos of a bald eagle and a wolf getting into a scuffle in Terrace, British Columbia. 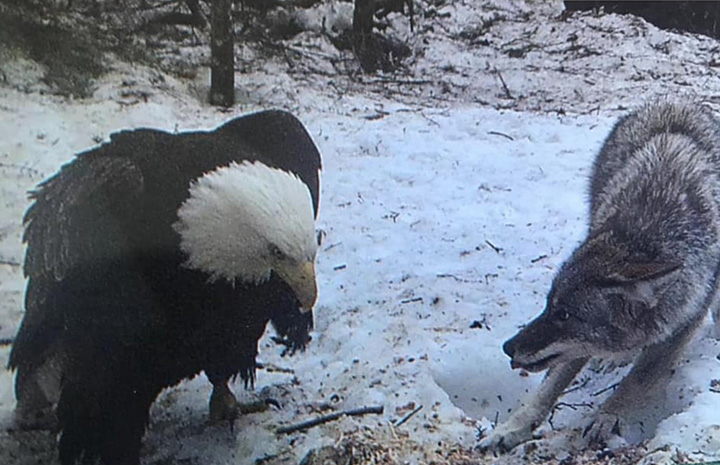 The bald eagle appears to be just as large as the wolf when seen side by side. 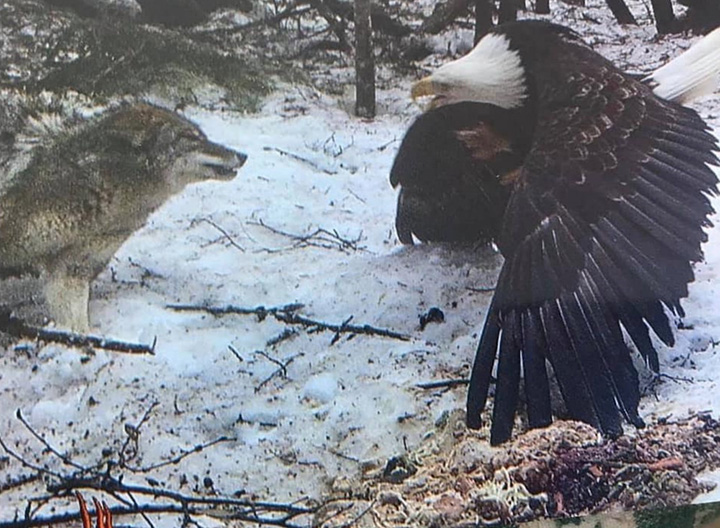 The photos have stirred a "who would win in a fight?" debate among social media users.

Cases have been made for both predators. 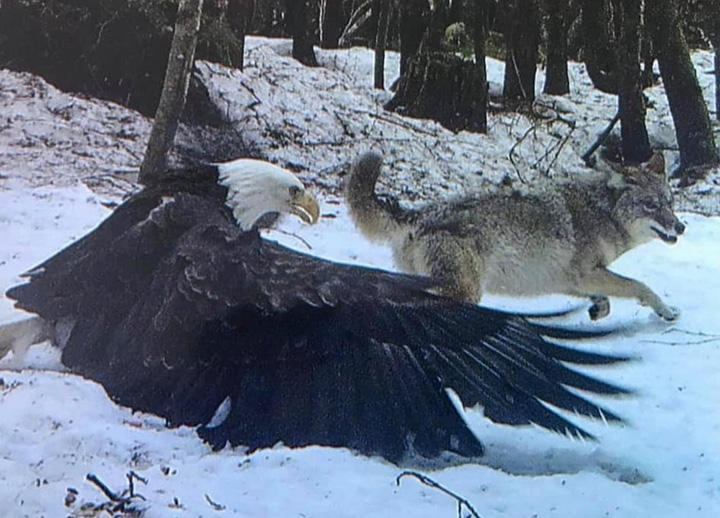 It is unknown what happened after the camera stopped recording, but it appears the eagle forced the wolf to retreat.