During a recent one-hour presentation at a Chamber of Commerce luncheon, the wholesale chain's current CEO W. Craig Jelinek addressed the reason he has not raised the price. 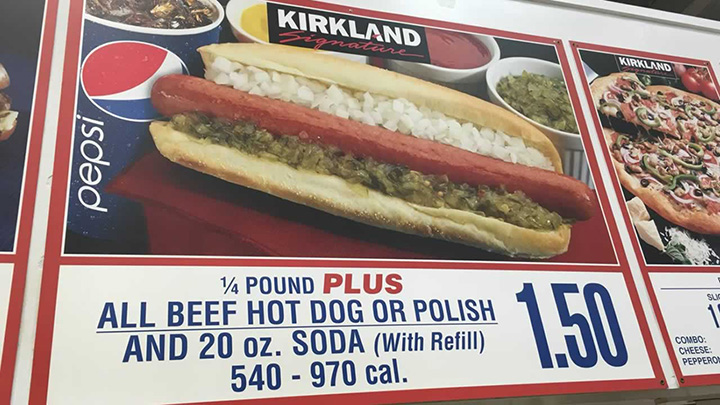 At the luncheon Jelinek said he once told Costco co-founder and former CEO Jim Sinegal they needed to raise the price of the iconic $1.50 hot dog and soda combo.

"I came to (Jim Sinegal) once and I said, 'Jim, we can't sell this hot dog for a buck fifty. We are losing our rear ends.' And he said, 'If you raise the effing hot dog, I will kill you. Figure it out.'

Taking his words to heart, Jelinek — who became Sinegal's successor in 2012 — has never raised the price on Costco's hot dog.

"By having the discipline to say, 'You are not going to be able to raise your price. You have to figure it out,' we took it over and started manufacturing our hot dogs. We keep it at $1.50 and make enough money to get a fair return."

In 2009 a Seattle Times reporter asked Sinegal, "If that price ever goes up, what will it mean?"

"That I'm dead," he replied. "We're known for that hot dog. That's something you don't mess with."