Meet Anthony Caere, a Belgian who heads Virunga National Park's Air Wing and serves as a "big brother" in the sky for its rangers. 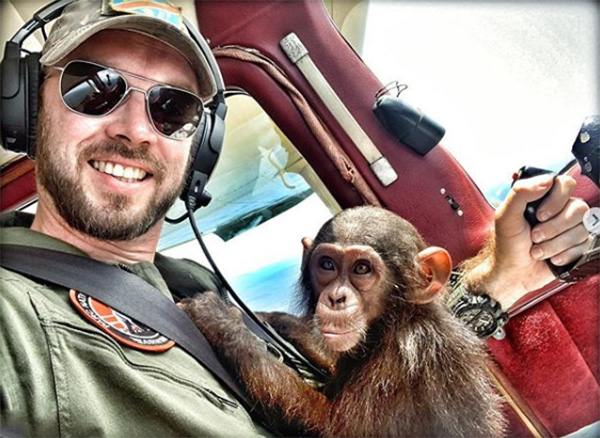 Virunga National Park is located in the Democratic Republic of Congo. 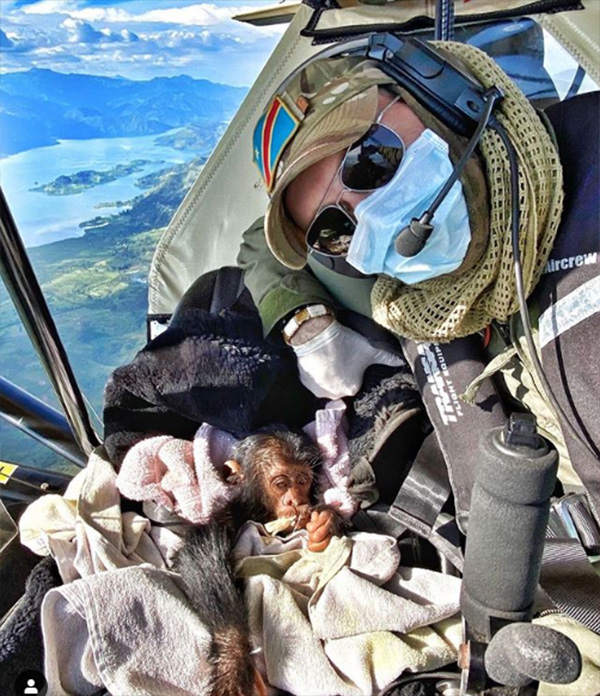 Lwiro Primates is a rehabilitation center and sanctuary for nearly 200 orphaned chimpanzees and monkeys in Congo. The park serves as a safe place for orphaned primates to recover both physically and physiologically from the loss of their family.

Great teamwork of @lwirocrpl and Virunga National Park to save this baby out of the hands of poachers. We flew baby Mussa to his new home at Lwiro Primates. This looks cute but is actually a sad story. He should be with his mum.. But happy we could give him a new good home! Thanks to the whole team! This is conservation! #virunga #virunganationalpark #savevirunga #stoppoaching #babychimp #chimp #chimpansee #lwiroprimates #conservation #flying #wildlifewarriors #congo #drc #rdc #thedodo #livetotellthestory @i7saso

During the flights, Caere refuses to put the primates in a cage. Instead, he gives them a seat on his lap.

"We take the time to gain his trust, to feed him. And when he feels comfortable and he jumps on your arms and he holds you, then it's time to do the flight." 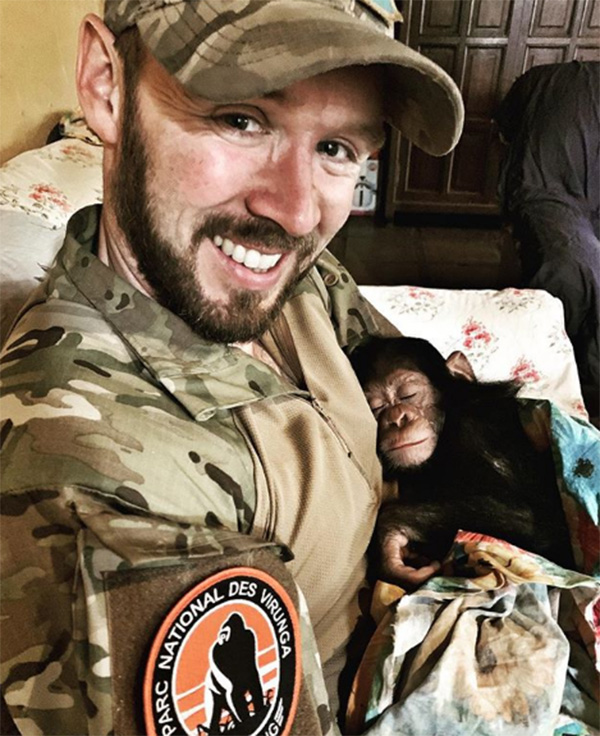 Caere's Instagram is full of photos and videos of the park's wildlife, as well as a few of the pilot himself with rangers and the rescued primates.

Today is World Chimpanzee day. I want to share a little rescue video of Rosie-Epulu who got rescued out of the hands of poachers who killed her family for bush meat. She would have been sold as a pet... Thanks @okapiconservation for the rescue! @virunganationalpark flew her to @lwiro_primates where she got a new life. Please remember that chimps are NOT pets... Happy World Chimpanzee day to our close relatives! #virunganationalpark #virunga #virungaalliance #congo #drc #rdc #worldchimpanzeeday #rescue #wildlife #chimpanzee #wildlifewarriors #lastchanceforanimals #lc4a #worldanimalnews #flying #chimp #babychimp #endpoaching #stoppoaching #bushpilot #chimpsarenotpets #africa #boseaviation #livetotellthestory